The popularity of the LS engine swaps into older muscle cars has become the new normal these days. Along with these swaps usually comes a 6 speed Tremec Magnum transmission. The Tremec 6 speed Magnum, however, doesn’t utilize an integrated bellhousing like its brother the TR-6060 that is found in many of the new GM performance cars.

This results in the need for acquiring a bellhousing that will allow the Tremec to bolt up to the LS engines and the Quick Time RM-8020 bellhousing is one of the most popular choices to complete the installation. The only real downfall to this bellhousing is that it creates a low spot under the car that can snag on speed bumps, sharp inclines, or debris in the road, and for many installers the solution was to just cut that area off so that it is flush with the bottom of the oil pan. 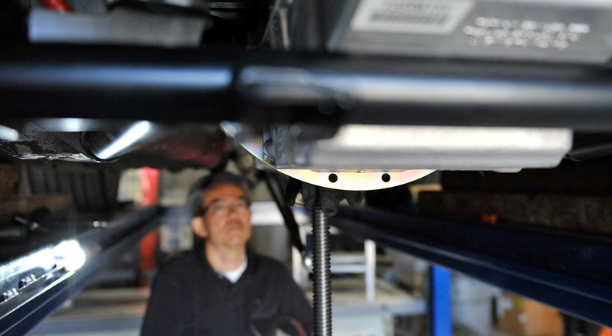 After hearing about this modification enough times we thought that there has to be a better answer than cutting up a brand new bellhousing. Bowler Performance Transmissions contacted Quick Time and worked out a plan to build a modified version that would solve the problem, and thus the RM-8020LP was born. This new bellhousing eliminates the lower portion that protrudes below the plane of the oil pan without the need for any grinding or cutting on the user end. 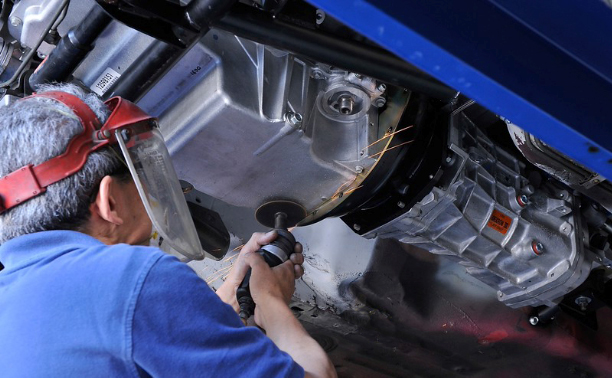 Although this modification does eliminate the SFI rating that the normal RM-8020 has, any cutting or modifications to the original RM-8020 would produce the same SFI cancellation upon tech inspection at any event that would require that certification in the bellhousing. The new RM-8020LP is still manufactured from the same material and to the same standards as the RM-8020 so there’s no concern for a lack of protection in the event of a clutch failure. 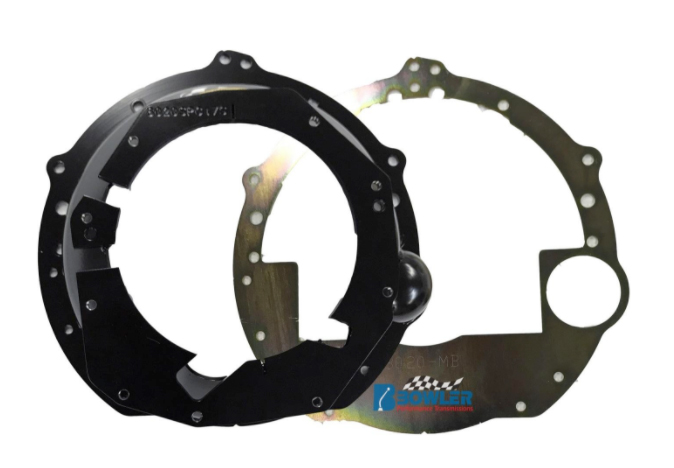 The selling price for the new RM-8020LP is $644.95, we have plenty in stock and ready to ship, or we will put together a complete transmission conversion package for you that includes the new bellhousing design.