The clutch in a car or truck is probably about as exciting a subject to talk about as what gear oil you run in the differential, but it is actually a vitally important part of the drivetrain equation that you don’t want to overlook. This is the connecting point of the engine and a manual transmission, so if you want to make use of the power under the hood we need to be sure your clutch is matched up properly for your power level and driving style.

There are a lot of opinions floating around about who makes the best clutch and what is the best clutch for you. Some of it will boil down to personal preference, but getting started in the right direction is the critical point, and from there you should take the time to research several different companies and options to see which one will be the perfect fit for you. This article should serve as an introduction to the basics of the clutches available and their various components. Our hope is to at least arm you with some basic information if you are starting from ground zero. 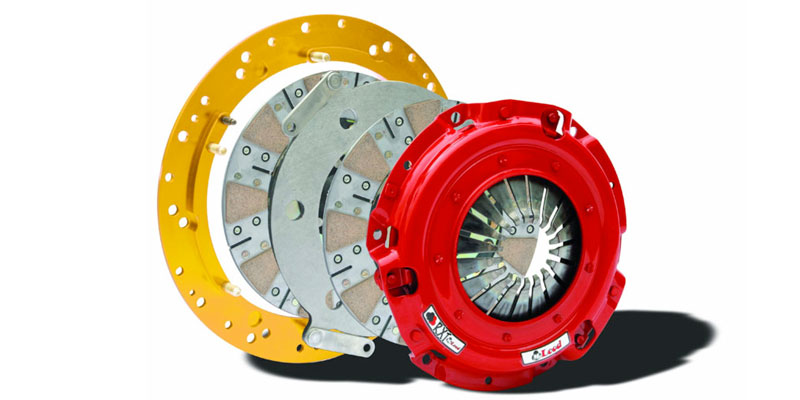 There are several factors to consider when determining which clutch system will work best for each application. You will need to know the exact engine & transmission, as well as the torque range of the engine along with the intended use of the vehicle. All of this information will allow you to pick a clutch kit that will give you the best holding power, ease of operation, and drivability. We developed this guide more specifically for the street driving and Pro Touring Auto-X enthusiast, but will be beneficial to anyone who wants to learn more about clutch systems.

We will start off with explaining all of the different components that make up a clutch system. Clutch kits will come with some or all of the components needed based on each application. Be sure when selecting a clutch system that you have all the parts needed and they will work with each other and with the engine and transmission you will be using.

Components that Make Up a Clutch System 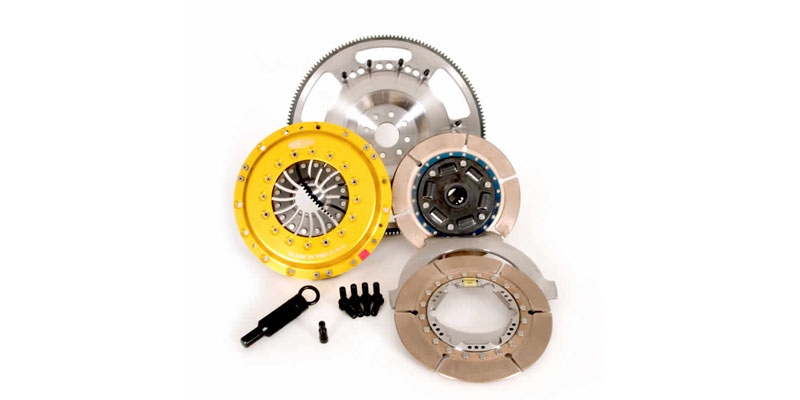 Next we will discuss the different types of clutch friction materials. This is one of the most important factors in choosing a clutch. Choosing the correct type of clutch friction material for your application is essential in providing the correct amount of grip needed for the torque of the engine as well as providing the type of clutch engagement, noise level, and drivability you are looking for. You will also find that there are clutch discs out there that are made of a combination of materials in the list below. These types of clutch discs allow the user to achieve more than a single purpose when utilizing that particular style of clutch disc.

ORGANIC – Organic material is common to all stock clutch discs, and offers the best drivability but has limitations as operating temperatures rise. Under high loads accompanied by slippage, they fade because their coefficient of friction drops off. In addition, at high RPM and high temperature they tend to fail structurally. An organic clutch works best when used in conjunction with a stock type engine for normal street driving.
KEVLAR COMPOSITES – Kevlar material offers a higher coefficient of friction than organic material, but with some loss in drivability. As the coefficient of friction goes up in the disc material, so will the aggressiveness of the material on engagement. This means that some chatter can be expected with this material in low gear and reverse. Kevlar is compatible with stock flywheels and pressure plates, making it a good upgrade choice for later model vehicles. We do not recommend Kevlar for competition applications.
BRONZE METALLIC – Bronze metallic (paddle discs) is the most aggressive materials in terms of engagement. It offers extended life using reduced static pressures, and a quick, clean engagement. Bronze metallic is aggressive on the flywheel surface and should be used only with steel or nodular iron friction surfaces. On the street, this material will cause chatter on engagement, so we typically recommend this material for race applications.
SINTERED IRON – Sintered iron is well known for its ability to withstand some slippage and not lose its coefficient of friction. It is the material choice for high horsepower clutch applications for drag racing and truck pulling. A key feature of the sintered iron material is that it is maintainable. If the clutch is slipped excessively, the disc can be resurfaced and reused. This would be the most extreme material used and not recommended for street applications.

Another important factor in determining the clutch system that is appropriate for each vehicle is the type of flywheel needed. There are 3 main types of flywheels, nodular or cast iron (most commonly used in factory applications), billet steel, and billet aluminum with a steel insert. Each type of flywheel serves a different type of use. For most customers a cast iron or billet steel flywheel will be their best choice. Most street cars will benefit from a heavier flywheel to generate the inertia to get you moving. An aluminum flywheel will not generate as much inertia to move the vehicle, and thus it would be necessary to slip the clutch more on takeoff.

Some street vehicles may benefit from a lighter flywheel, but only if there is enough rear gear to help you transition the clutch smoothly without excessive slippage. The cast iron flywheels are best suited to vehicles creating up to 500 ft/lbs of torque, billet steel is necessary once you are beyond that mark, but can be used in all applications. Also note that the aluminum flywheels with the steel inserts are serviceable. The steel insert can be replaced when worn without the need to replace the entire flywheel. Steel flywheels are also serviceable by refinishing as long as there is enough material thickness available.

There are 2 main styles of clutch kits used in hot rodding. Single disc and Dual disc. Each plays a specific role and can be used in a wide variety of applications. Single disc clutches are the most economical and widely used in street applications. They rely on one disc with a friction surface on both sides, which is typically the same unless noted otherwise. The single disc systems are larger in diameter to meet surface area requirements to provide enough grip.

Dual disc systems are designed for late model performance cars and newer engine swaps into older vehicles. Dual disc systems rely on two smaller diameter clutch discs sandwiched between the flywheel, a floater plate, and the pressure plate effectively giving the clutch twice as much surface area to grip against. Think of it like the Big Mac of the clutch world, the burgers are the clutch discs and the buns are your flywheel, floater, and pressure plate. 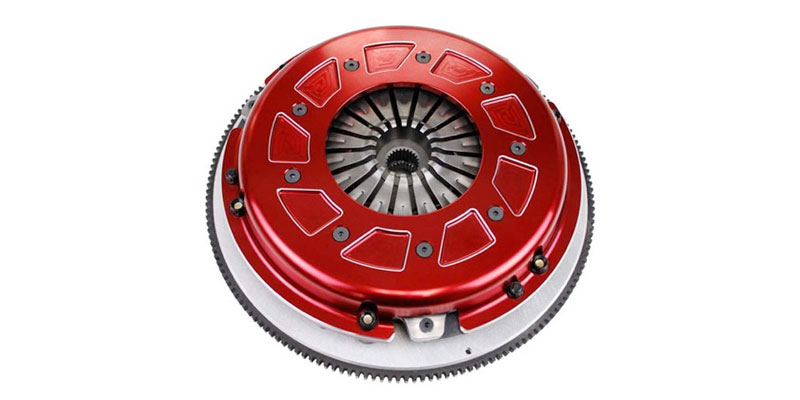 The purpose of these clutches is to provide smooth drivability for high power levels that was previously not available unless using aggressive friction material single disc clutches. The drivers of road-race inspired vehicles will benefit from the lighter weight of a smaller diameter Dual Disc clutch as it allows the vehicle to drive deeper into the turns before letting off the throttle, and accelerate back to torque range quicker coming out of the turns.

Typically the split from single disc to dual disc will be in the 500-600HP range. If you are unsure about which type of clutch to select based on your known horsepower or torque rating it is usually best to step up to the next highest level. It is not advised to back down to a lower rated clutch. There is enough variety in clutch systems that you should be able to find something to suit your needs without much trouble. As always, take the time to ask questions and feel comfortable with your decision. If you have any questions, Bowler Performance is always here and ready to help you make the best decision for your needs.