Heat- it is one of those byproducts of so many different physical actions and chemical reactions in our normal everyday life. It has numerous benefits for us in some areas of life, but in other aspects, too much of it can be damaging and detrimental. It is no secret or mystery that friction creates heat and that resulting heat, if not kept within a certain range, can be detrimental to the performance and function of many mechanical systems.

In our cars we are always worried about how hot our engines are running because no one wants to be that guy on the side of the road with the hood up and steam pouring out of the radiator, but for some reason we tend to dismiss the heat being generated in the transmission. 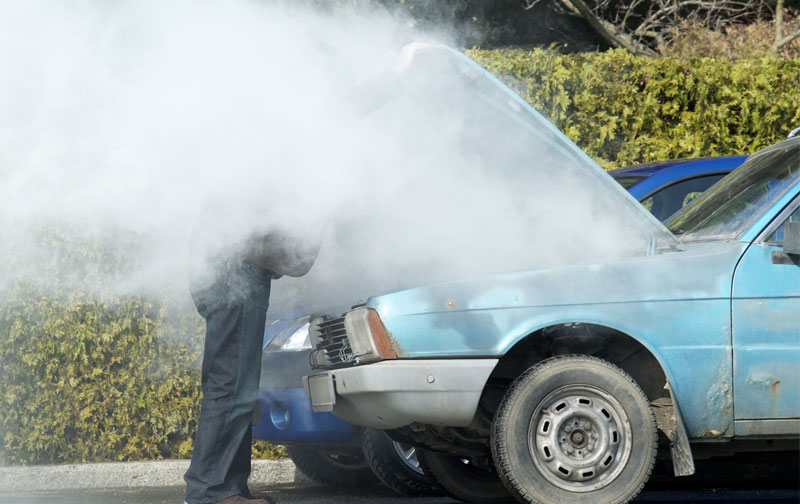 I’m going to leave out manual transmissions in this discussion since under normal circumstances they do not create enough heat in the gear box to create problems with functionality due to the fact that their clutch systems are external of the gearbox. Automatic transmissions, on the other hand, live and die by the temperatures they’re exposed to.

I’m confident that no one really knows this or cares about it, because for the most part, we’ve never been informed of this. Unless you have a heavy duty truck you’ve likely never had a vehicle with a transmission temperature gauge that came as standard equipment. Transmissions have always been the afterthought of the drivetrain system. I can’t recall ever going to a car show where the guy wanted to turn his car over just so you could see the transmission; it’s always hoods up and wheels down. 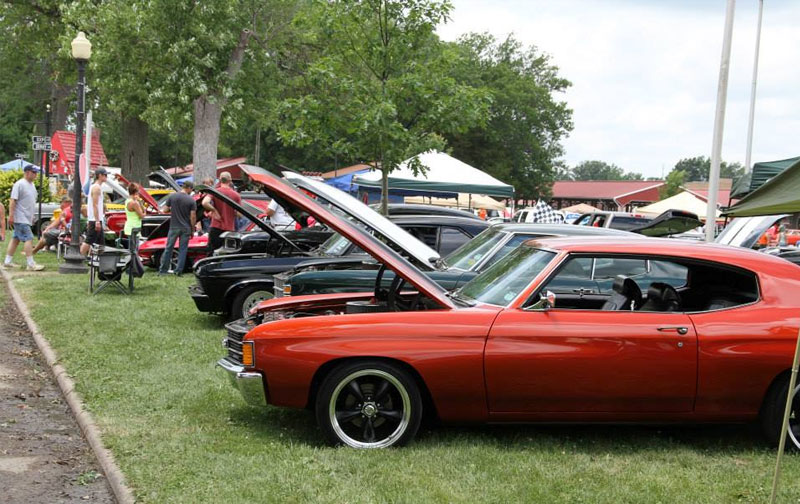 While we’re being honest here, most transmissions aren’t that exciting on the outside anyway; it’s what’s going on inside the case that is the magical mystery. Automatic transmissions rely on the fluid inside to lubricate the system, create hydraulic pressure to change gears, and dissipate the heat generated. The clutch systems are internal, immersed in this fluid, and are the most susceptible component to heat damage.

This is why it is so critical to keep the temperatures at a certain level. As soon as you start to overheat the fluid the clutch material starts to deteriorate. Extended periods of excessive heat will quickly destroy the clutch material and cause the transmission to begin “slipping” in gear and then it’s rebuild time.

The unfortunate part is that since most vehicles do not have a transmission temperature gauge, if there is an overheating issue, the transmissions are usually ruined before there is ever any indication of a problem. Typically if you have an issue in most of your standard every day driver vehicles, it is due to an issue with the transmission cooler having a failure, which is pretty rare, or you are exceeding the limits that your vehicle was designed for. 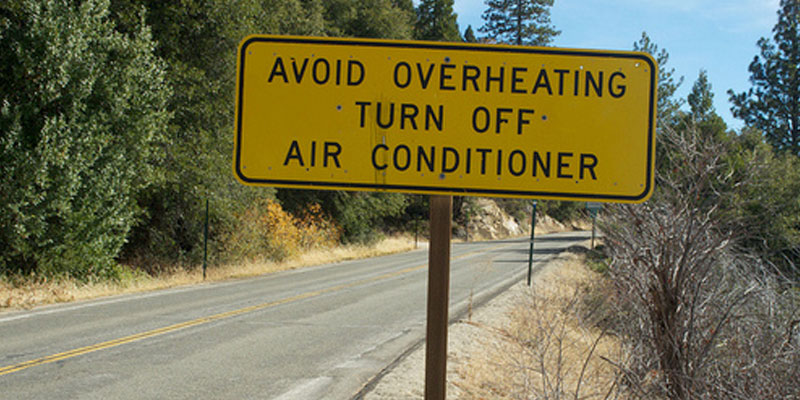 If you are one of the rare people who changes their transmission’s fluid on a scheduled interval, always have the shop perform a flow rate test on your cooler to be sure it is still performing as it should, and in between fluid changes check your fluid regularly for discoloration or a burnt smell, as those are all indicators of an overheating problem.

Most overheating issues develop under heavy stress such as towing/hauling and racing even when everything is in working order. Sometimes the extreme heat of a summer day and towing your car and trailer will be enough to overheat the transmission, but in many cases it’s a situation where the cooler being used is undersized, clogged, or not getting enough airflow to be effective.

We see most problems in the hot rod world arise from an ineffective cooler configuration, or an incorrect amount of line pressure applying force to the clutch packs, which is preventable by a proper set up and installation. Many times the cooler is undersized for the application or it is mounted under the car somewhere that doesn’t see any real airflow to dissipate the heat, or both. If you are equipped with a high horsepower engine, and running your car hard, an “in the tank” radiator style transmission cooler isn’t going to cut it, and I’m sorry to say that those finned canister style units won’t help you any either. 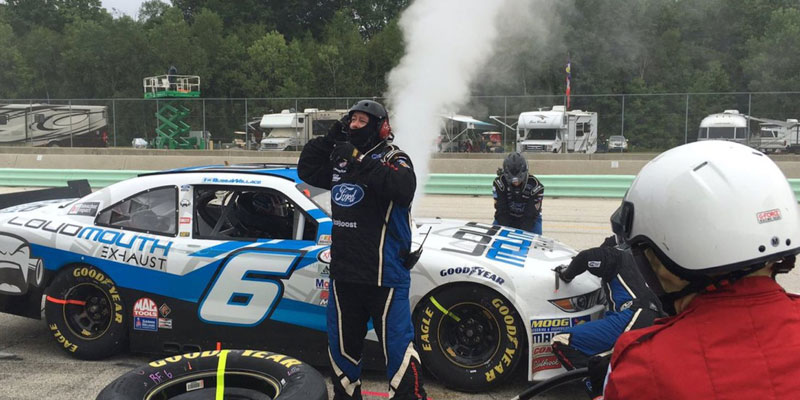 You need to be set up with a stacked plate cooler out in front of your radiator or mounted elsewhere with a fan moving air through it. I’ve talked to countless car owners who have had issues with overheating problems to the point where they’ve ruined transmissions or boiled fluid out of the dipstick tube. Every one of those issues was preventable with proper planning and execution for the build. Keep in mind that many of these older cars were never set up properly for the types of engines and transmissions we use today.

Think about how rare it was when a muscle car had an oil cooler on it from the factory. That was a sign of extreme performance in the 60’s. With all the sensitive electronic controls in most vehicles today, we now have coolers for every fluid system to increase life expectancy of these systems. That is why it is even more important than ever to plan for the necessary accessories when transplanting newer powertrains in older vehicles. 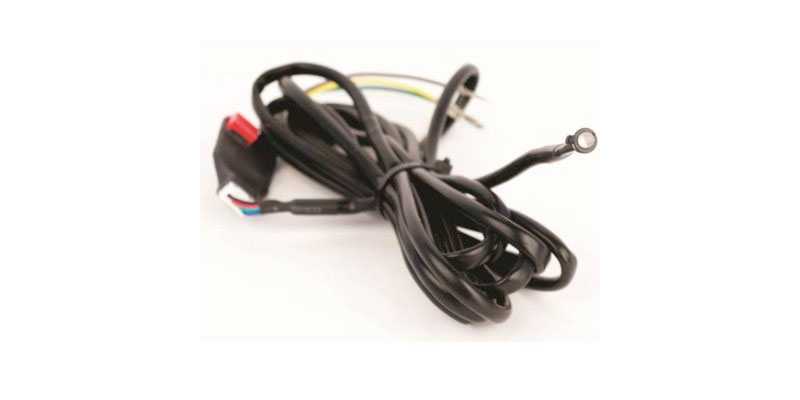 The Transmission Guardian uses a color changing LED indicator to let you know if there is cause for concern. The light starts at blue for normal (130*-200*) and progresses to yellow (210*) for caution that you are approaching a dangerous temperature level then to red (220*) to let you know that it is time to pull over and figure out what has gone wrong. If at that point you continue to ignore the light it will begin flashing the red light (230*) and once you reach 250* it will flash red/blue to let you know that if you don’t pull over now, you will soon be blocking traffic.

We’ve even included the ability to data log the temperature information for later use. This can be a benefit for race teams and truck fleet managers who are trying to keep tabs on what’s really happening out there. Most of these temperature gauges and even our Transmission Guardian are priced well under $100 which is much less than rebuilding a ruined transmission.

Even if you’ve done your installation perfectly with the proper fluid cooler and transmission set up, you can still benefit by having a temperature indicating device installed as an added level of protection. You’ve invested way too much time and money in your hot rod to risk a serious failure of the drivetrain due to a variable that you can easily control.