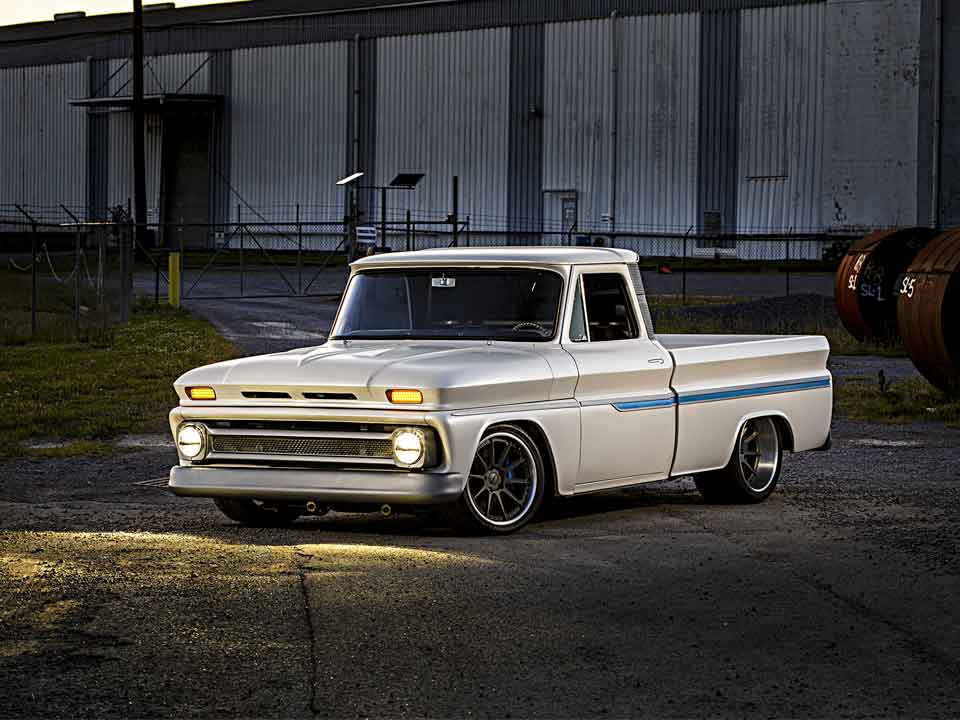 James Otto restored and modified his grandfather’s 1966 Chevrolet C10 pickup. He decided to turn his mild-mannered cruiser truck into a fully competitive Pro Touring pickup! Brent Buttrey took on the project of turning the truck from a longbed to a competitive shortbed roller. As part of the transformation, he also threw some street machine style into the C10 body. Buttrey reinforced the GM shortbed rails with a Porterbuilt inner frame stiffener. He also upgraded it with new suspension parts, giving it RideTech triple adjustable coilovers. Now the frontend features tubular A-arms and CPP spindles, while the rearend features a Ford 9-inch with a Detroit TruTrac limited-slip differential.

After driving his truck casually for a year or so, Otto decided to rebuild the powertrain for Pro Touring, too. He went to Frank Ofria for the machine work, John Bouchard Engines for the engine build, and Bowler Performance for the transmission! Otto put a 6.0L Chevy LQ4 engine in his truck, and paired it with a Bowler-built Tremec T-56 Magnum six-speed with a Centerforce Performance DYAD dual disc clutch. The 1966 Chevrolet C10 has a Holley HP EFI system to handle induction, while Gibson Exhaust Systems headers team up with MagnaFlow pipes and mufflers.

Otto sourced many of his replacement parts from LMC Truck, including front quarter panels, bumpers, bedsides, tailgate, LED taillights, and glass. There are also some new touches, like the customized stainless wire mesh grille insert. The new bed floor features wormy maple, and Tri-Works Hot Rods gave it a gorgeous paint job. The PPG Balloon White is mixed with PPG Clear to made a beautiful eggshell finish, and the side trim insert strip is painted with contrasting blue. Instead of plating, bumpers and other pieces are painted with Meteor Metallic and a satin clear. Otto calls the 1966 Chevrolet C10 “For Pete’s Sake,” in honor of Pete Lee, his grandfather who passed the truck on to him. 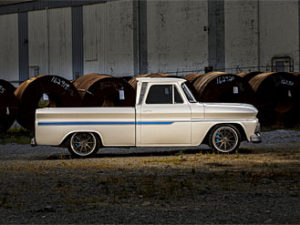 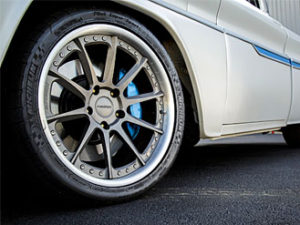 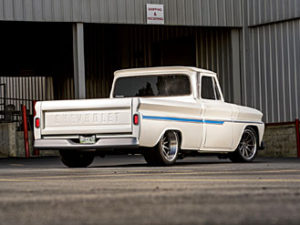 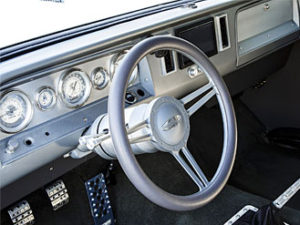 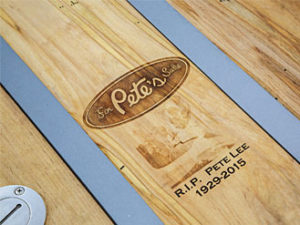 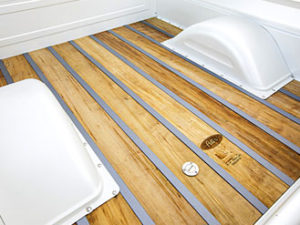 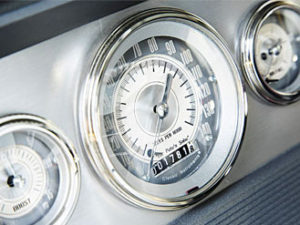 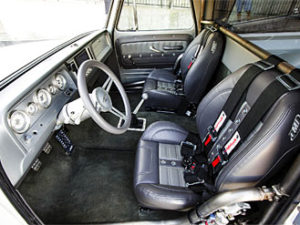