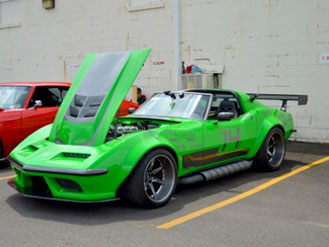 Bob Bertelsen’s latest video details the story of his 1968 Chevrolet Corvette build named Green Mamba. This build took him just over a year to finish in his garage. Bob prefers to build race cars that you can show, rather than show cars you can race. His passion and craftsmanship have produced some amazing race cars in the past, and Green Mamba lives up to the high expectations. Bob credits Gary Ragel for the render and modern, stylish design. Much of the customized body was crafted or modified by Bob himself. With a combination of fiberglass, carbon fiber, and billet aluminum, Bob made the front end, bumper, and lights in his style. He also reshaped the wheel arches to give Green Mamba both good looks and full suspension travel. The hood scoop was taken from a ZL1 and modified. Then, Bob crafted side vents to match.

The 1968 Chevrolet Corvette is powered by a Kurt Urban 427 motor that makes 650 horsepower. It’s controlled by a Holley Dominator ECU and paired with one of Bowler’s Tremec T-56 six-speed transmissions. For Green Mamba, Bob chose a Tremec build that included Bowler’s Stage II Upgrade kit. Bob has used this particular setup in three other cars as well. He notes that it stays reliable and durable, giving him smooth shifting in his race cars! He also uses a Bowler Transmission shift lever and knob: he says they are stylish and lightweight. Then, Bob pairs his Bowler transmission with a Centerforce Triad triple-disc clutch. With all the hard racing Bob puts his cars through, he prefers to stick with builds that he knows are hardy and durable. He prefers the Centerforce Triad clutch because it stands up to more than one race, even though he says he’s hard on clutches! 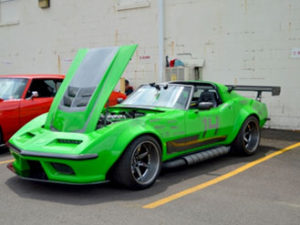 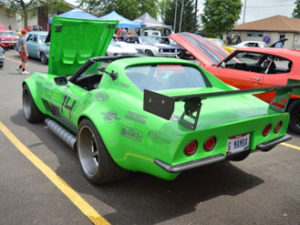 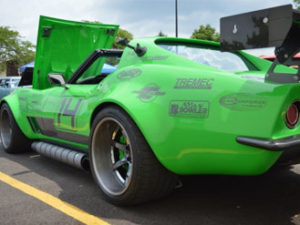 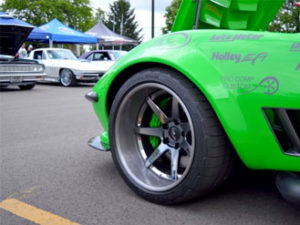 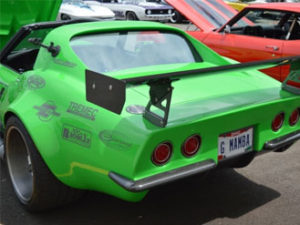 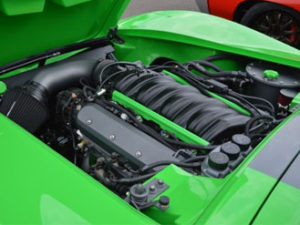 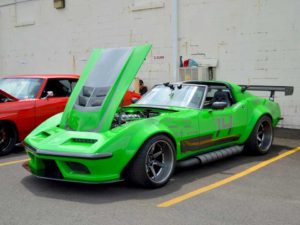