Bob Bertelsen builds, owns, and races his cars out of his two-car garage in Ohio. His latest build is a 1968 Chevrolet Corvette named Green Mamba. This car took 12 ½ months for Bob to finish. Instead of building show cars capable of hitting the track, Bob focuses on performance first. His builds are race cars that can also be shown. With design input and a render by Gary Ragle, Bob modified Green Mamba into a modern, stylish track machine. 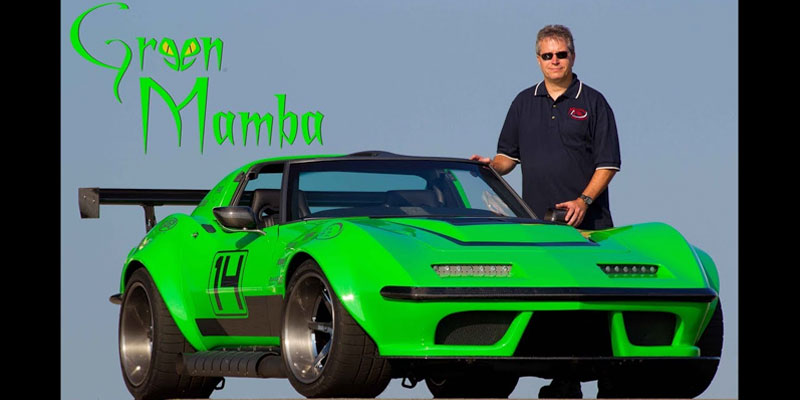 Bob built and modified much of Green Mamba’s bodywork himself. He built the front end starting with foam that he shaped and sanded into the proper shape. Then he crafted fiberglass over it and again shaped and sanded it until it was perfect. He ordered a front bumper, but then shaved and shaped it to better fit his design. He also crafted a custom billet aluminum light cover, lending to Green Mamba’s vicious, sharp-looking front end. The hood scoop was taken from a ZL1 and modified for the 1968 Chevrolet Corvette. Then, Bob crafted side vents to match the new hood scoop. He also went to work on the rear end, extending Green Mamba’s trunk into a useable space! 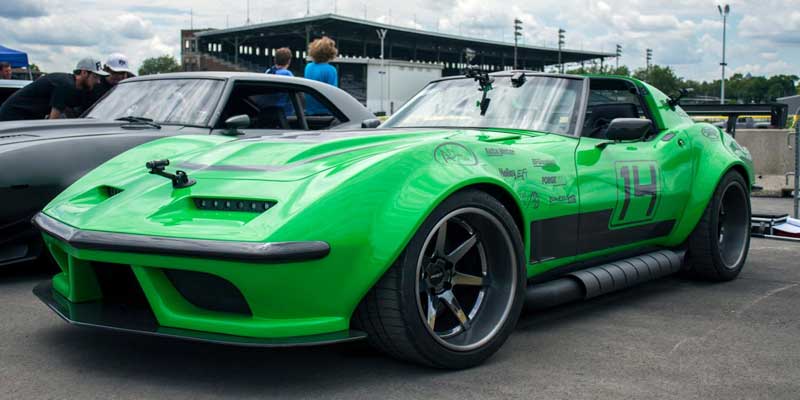 Because Bob intends to race all of his cars, Green Mamba’s design isn’t just aesthetic. When Bob reshaped the wheel arches, he created a dramatic flare for a reason. The new wheel arches not only look good, they also give the 1968 Chevrolet Corvette full suspension travel. The wheels themselves are 18×11.5/18×12.5 Forgeline CV3C Concave wheels finished with Black Chrome PVD centers and Transparent Smoke outers. The Green Mamba rides on 315/30ZR18 and 335/30ZR18 BFGoodrich g-Force Rival S tires. 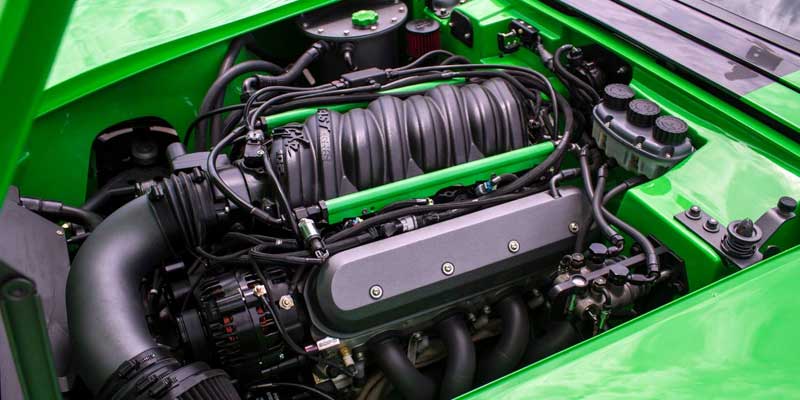 Green Mamba gets its power from a Holley EFI-injected Kurt Urban 427 engine. It makes 650 horsepower, and it’s paired up with a Bowler-built Tremec T-56 Magnum six-speed. Bob chose Bowler’s Stage II kit for Green Mamba, and he says he’s used this Bowler-built setup before. He appreciates that the Tremec T-56 stays smooth and durable. Bob puts his cars through a lot, so it’s important to him to build with a high-quality, durable transmission that will last. He also put a Bowler shift lever and knob in the Green Mamba, which he likes for its style and light weight. The Tremec T-56 is linked to a Centerforce Triad triple-disc clutch, which also stands up to Bob’s furious race-day driving. 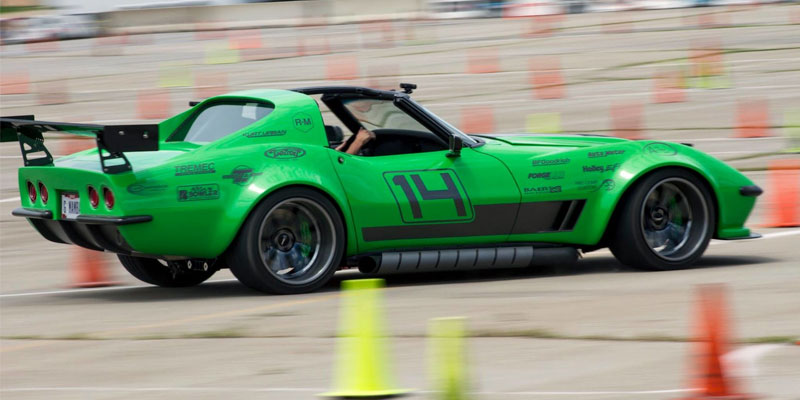 1968 Chevrolet Corvette Green Mamba Off to the Races

Bob Bertelsen is off to autocross and show his newly finished Green Mamba. If you need a durable performance transmission for your project, you can find Bob’s preferred Tremec T-56 Magnum here at Bowler. Check out our inventory, and don’t hesitate to give us a call if you have any questions. You can also check out our selection of shift knobs, levers, and other accessories for that finishing touch to your project!