Country musician James Otto has restored his grandfather’s 1966 Chevrolet C10 a couple of times. When James first decided to restore the old Chevy in honor of his grandfather, he just wanted to get it back in shape to drive around Nashville. James recalls that the truck was pretty well cared for when he inherited it. After fixing it up enough to cruise around for a few years, James started attending American Street Car Series events. He was hooked immediately, and decided to take a completely different crack at the Chevy! 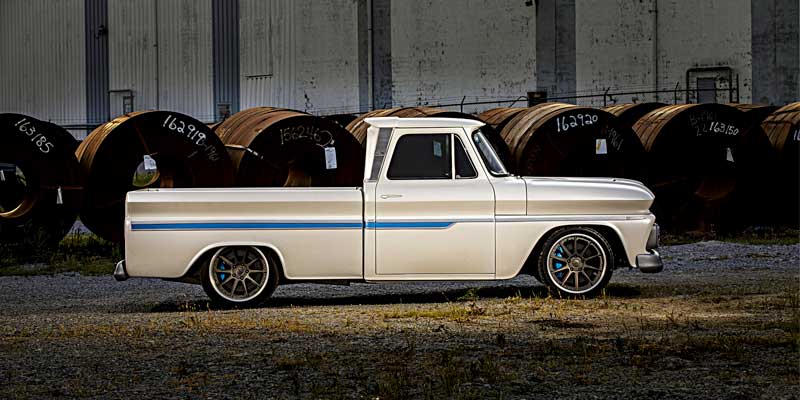 James had to choose the best Pro Touring components to make his truck competitive. Brent Buttrey took on the task of transforming the truck from a longbed to shortbed. He left the cab in place and added some street machine style to the 1966 Chevrolet C10. That shortbed conversion was a big step in making the C10 competitive, and Buttrey did a great job. He reinforced the GM shortbed rails with a Porterbuilt inner frame stiffener. He also upgraded them with new suspension parts. The truck now has RideTech triple-adjustable coilovers, with tubular A-arms and CPP spindles on the frontend, and rear trailing arms and Panhard bar locating a 3.89:1 Ford 9-inch with a Detroit Truetrac differential. 14-½ inch discs with six-piston and four-piston front and rear Brembo calipers bring the C10 to a stop.

James also had to replace the Chevy’s powertrain. Not only was the original six-cylinder three-on-the-tree motor not competitive, it wasn’t very comfortable on the road either! For his Pro Touring truck, James put a 6.0L Chevy LQ4 truck engine in the C10. John Bouchard Engines in Tennessee built the engine, while Franks Ofria did the machine work. A Holley HP EFI system handles induction, and the Gibson Exhaust Systems performance headers draw exhaust to MagnaFlow pipes and mufflers. To handle the potent new LS-based engine, James sourced a Bowler-built Tremec T-56 Magnum six-speed transmission. This transmission is paired with a Centerforce Performance DYAD dual-disc clutch, both built to stand up to the 400-500 lb-ft of torque the Chevy LQ4 engine can produce. 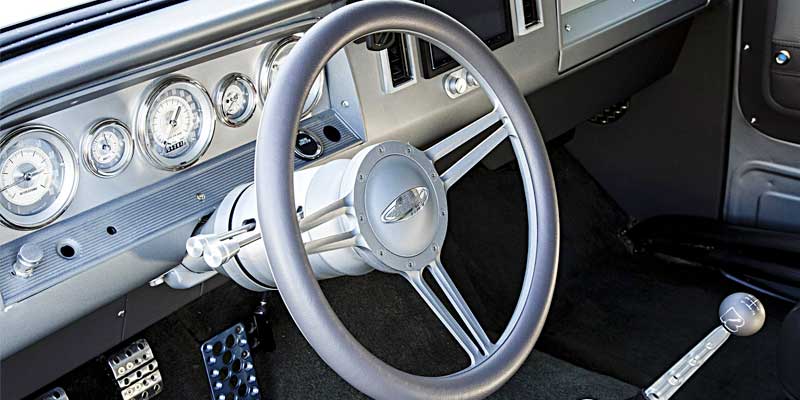 LMC Truck supplied many of the replacement parts James needed to get the 1966 Chevrolet C10 in racing shape. The custom exterior now features Tri-Works Hot Rods white satin pearl paint with a contrasting blue side trip insert strip. The new bed floor in made of wormy maple, sourced from Bed Wood & Parts. Inside, Tri-Works Hot Rods again helped finish off the cabin. An American Autowire package makes sure that everything functions properly, and TMI Products provided custom performance bucket seats and door panels. The 1966 dash now features custom gauges from Classic Instruments, Vintage Air A/C controls, and an Alpine ILX-007 receiver. James calls the 1966 Chevrolet C10 “For Pete’s Sake” after his grandfather, Pete Lee, and the name is branded boldly into the gorgeous maple bed floor. 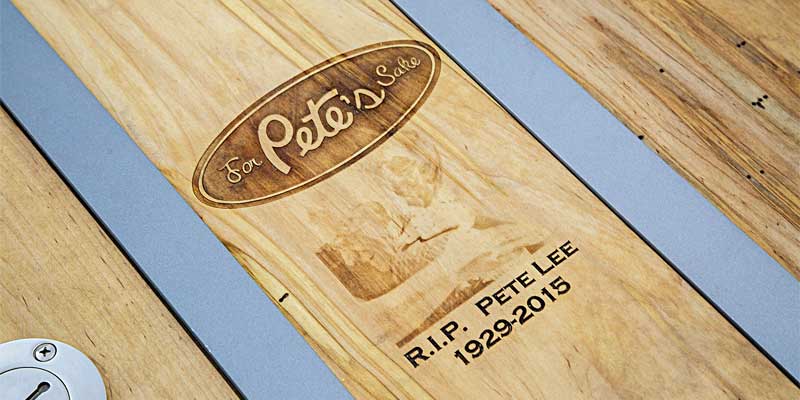 If you’re thinking of restoring or modifying your truck, check out Bowler’s selection of high-performance transmissions! These Bowler-built transmissions can see you through a lot of hard work and power, no matter what kind of high-power vehicle you’re building. You can find Tremec transmission builds or GM-specific builds here on our website. If you have questions about your build or our selection, feel free to get in touch! We’re happy to answer your questions and help you build your dream machine.