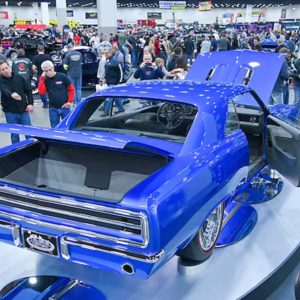 The Detroit Autorama show is always a great showcase of custom-built cars, vying for the coveted Ridler Award. Restored and custom muscle cars from all over the country show up at the Autorama for “the greatest automotive extravaganza in the world,” and the 2019 Detroit Autorama didn’t disappoint! It was at this show that the 1965 Chevrolet Chevelle called “Reflection” made its debut appearance to throw in its name as one of the Great Eight contenders for the Ridler Award.

This 1965 Chevrolet Chevelle, built by Mike Goldman Customs for owner Sonny Freeman, turned out to be one of the wildest cars in the building. The Chevelle, named Reflection, has lots of bold body modifications like a 1967 Chevelle roof, extended rocker panels, machined door handles, lowered wheel openings, a custom billet grille, and lengthened 1967 Chevelle SS hood bulges with custom machined vents. It puts power down from an LS7 engine through a Tremec T56 transmission built by Bowler Performance!

Although the 1965 Chevrolet Chevelle “Reflection” did not end up taking home the trophy, it still made a grand showing as part of the Great Eight: eight cars selected from the masses to even compete for the prestigious Ridler Award in the first place! With every inch fabricated to be unique and outstanding, Sonny Freeman’s interpretation of the original classic car is revitalized and revamped in this restoration. Although every part of his car saw some kind of restoration or modification, it’s hard to even tell where Mike Goldman Customs made the tweaks; every part of this beautiful restoration is seamless! 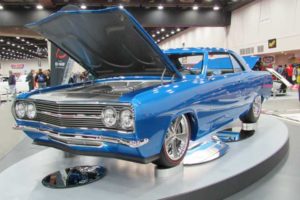 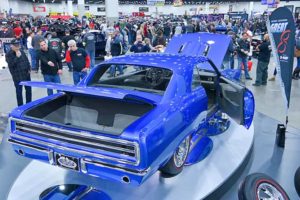 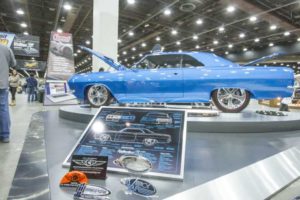