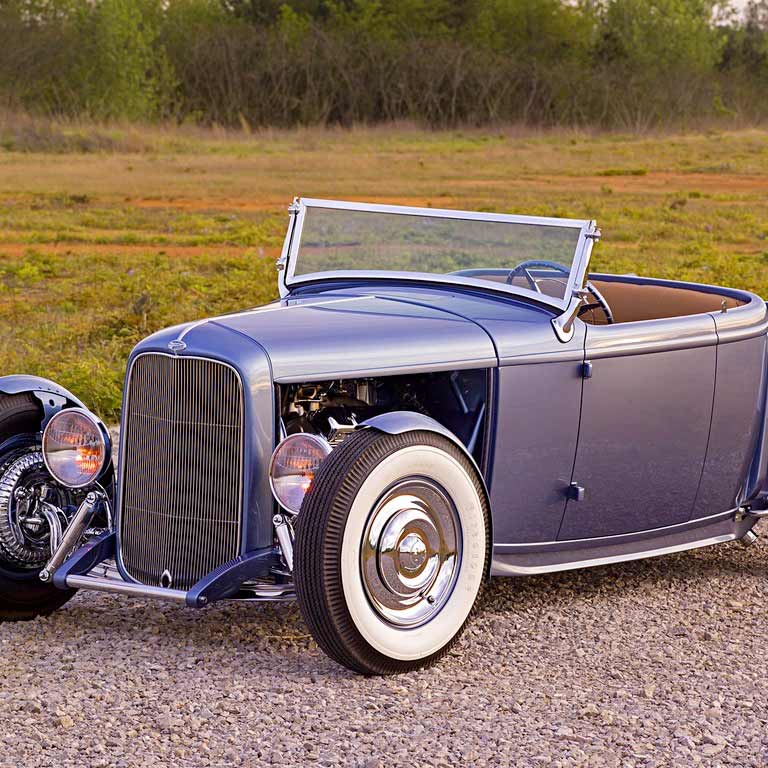 Check out this stunning 1932 Ford Roadster titled “The Time Merchant,” built by Goolsby Customs for owner Matthew Gordon. Its name is inspired by the old TV series Lost In Space, which was a favorite of Gordon’s father. The design for the vehicle was originally sketched by the talented Eric Black of E.Black Designs. The original drawing was of a closed-cab 1932 pickup, which was later adapted to be the topless one you see in the finished product.

In an interview with HotRod, Gordon says “originally it was going to be an all-painted ’40s-looking hot rod to be a fun driver. But then I realized it needed to be something meaningful …something exceptionally well finished without being overly modernized or complicated.” They sure did a great job with bringing that vision to life.

This 1932 Ford Roadster pickup sits atop a Johnson’s Hot Rod Shop chassis and is powered by a Ross Racing Engines Rocket 88 Olds V-8 engine. For the transmission, it uses a Bowler Performance Tremec TKO 5-Speed Manual and the rear end is a Currie Ford 9-inch. Wheels are from Wheel Vintiques and tires are Firestone wide white walls. The beautiful color you see on the exterior is Glasurit in Starfire Blue and truly encompasses the time merchant theme that Gordon was after.

Inside you’ll quickly notice the custom leather upholstery by M&M Hot Rods Interiors. The dash is a 1950 Olds that was re-gutted by Classic Instruments. It’s not hard to see why this exceptional build has won much acclaim, including the Pete Chapouris Memorial Spirit of Hot Rodding Award. We love seeing our transmission in this impressive pickup in all of its timeless glory. 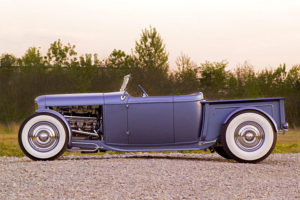 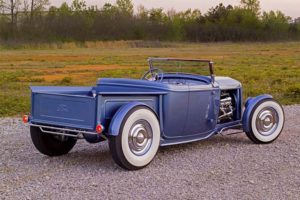 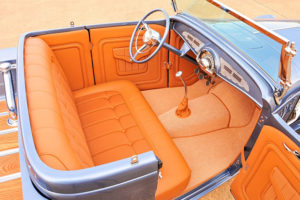 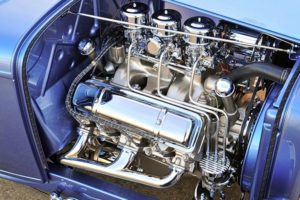 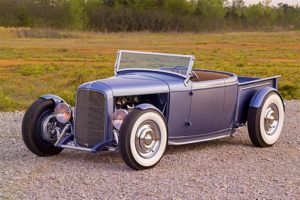