There is a subscribed belief in the automotive aftermarket that more is always better. More horsepower, more torque, more tire width, more rim diameter, and more transmission gears all equal a better car right? It is true in many cases, but sometimes it doesn’t actually make sense due to size and technology constraints. That’s what I want to touch on today.

There has been a lot of buzz lately over the newer GM 6 and 8 speed automatic transmissions becoming available to use in the hot rod world. As more and more of these newer cars and trucks start making their way into the salvage yards it becomes very tempting to transplant them into hot rods. This has many traditional hot rodders asking themselves if there are any real advantages to having more gears? 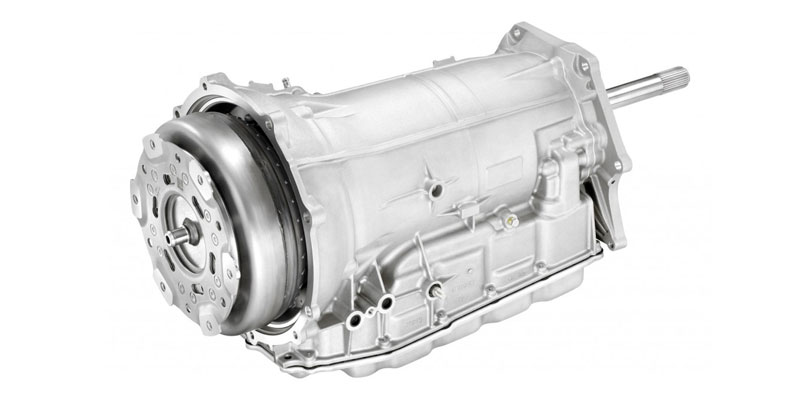 It wasn’t all that long ago that being able to swap in a 4 speed overdrive became easy, but with the introduction of the 6 and 8 speeds as well as the release of the new 10 speed automatic there’s a misconception about the actual performance gains in the aftermarket world. When we look at what is being required of the large automakers in terms of emissions standards versus the amount of performance they can squeeze out of the engines; then these new transmissions make perfect sense. The engineers are able to keep the engines running along a certain RPM range that creates better fuel efficiency while still maintaining a certain level of power output that gives the driver the feel they are looking for.

I am in no way saying that those same performance gains can’t be had in your hot rod, but at what cost and hassle are you willing to endure to have that when a traditional 4 speed automatic can be used with much more ease. The biggest issue you will face when trying to use one of the newer 6 & 8 speeds is the ability to program and tune the transmission to your particular application. We are starting to see some headway being made in this area, but we are still a long way off from where we currently stand with the 4 speeds.

The way the newer transmissions are configured, the control module (TCM) is internal to the transmission and is set up to only work with the engine it was mated to at the factory for the vehicle it was originally installed in. So if you are determined to go this route be sure to buy the engine, transmission, and ECM all together from the same vehicle to make your life much easier. There are a few companies out there that are able to flash and reprogram the TCM to allow it to work behind a different GM LS engine than what was original to that transmission. However the ideal scenario is to find someone who can flash and tune it in your vehicle so you are able to maximize the effectiveness of the tune. 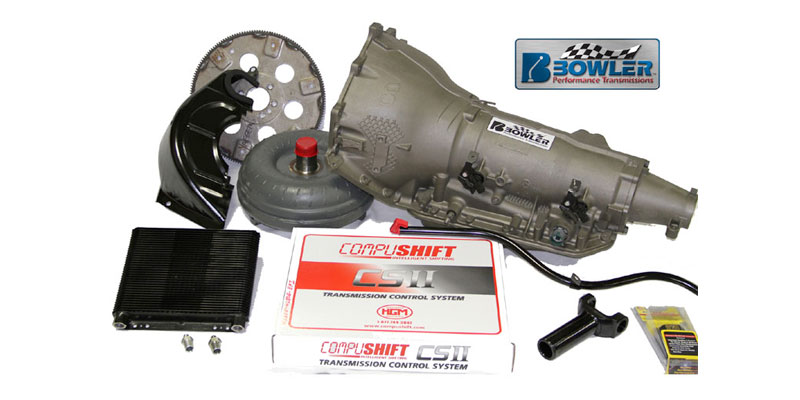 In contrast the 4 speeds have an external control system. There are quite a few options in the market today that can be used to operate the 4L60/4L80 family of transmissions, as well as, many options for adapting them to many different engines. Since the controllers are independent of the engine and transmission, they can be set up and tuned for each engine much easier. This can usually be done by the end user without any additional equipment.

Another disadvantage for the newer 6 & 8 speeds right now is that there isn’t a lot of aftermarket support for performance upgrades to handle huge increases in torque. This isn’t an issue if you plan on keeping the engine in stock form, but add on a turbo or two and you’ll likely be replacing that transmission much sooner than you’d like to.

Now let’s get down to why we’re discussing all of this in the first place, but first let me remind you again that the reason for these transmissions is not high performance, but the government regulations imposed on the automakers for fuel mileage and emissions output. If you take a look at the gear ratios being used in the newer transmissions you will see that they typically start with a very low 1st gear to get the car moving easier, but still end on a final overdrive that isn’t much different than the first generation of 4 speed overdrives.

Many of the newer cars and trucks that use these transmissions do so in conjunction with a much different rear gear ratio than a traditional hot rod has. The most common is anywhere from a 2.73-3.27 ratio in conjunction with a 28” tall tire. This is the reason for the extremely low 1st gear and not so extreme overdrive ratio. Many hot rodders still like their 3.73 to 4.11 ratios and 26” tall tires, which is great, but pretty much makes the first gear of these new transmissions useless unless you are pulling tree stumps out of your yard.

If you take a look at the gear ratio chart below you can see the differences in the first gear from the older 4 speeds to the newer 6, 8, & 10 speeds as well as the similar final overdrive ratios. It may look like a significant difference from one end to the other on the overdrive, but when you calculate it out there is only about a 300 RPM difference between the .75 to the .64 OD when factoring in using the same gear ratio and tire size.

With the minimal gains in overdrive ratio coupled with the extremely low first gear there really isn’t a huge advantage by going to one of the newer transmissions unless you were going to model your drivetrain after the vehicle it was salvaged from in order to achieve the same fuel economy/performance gains.

Also keep in mind that the way these transmissions are designed, they don’t always shift through all the gears. The programming is set up to optimize fuel mileage based on engine output so in many cases gears are skipped entirely if the computer deems no advantage in shifting to it. Similar to the skip shift solenoid implemented in the 6 speed manual transmissions.

It is also worth mentioning the “hybrid” 6-speed that is listed in the chart as well. This is in reference to the modifications done to the 4L80 transmission to turn it into a 6 speed. In theory it is a good idea, but execution can be tricky. If it is done correctly it is a fun transmission, but we need to stress the “done correctly”. This means if you aren’t experienced at programming transmissions you need to find someone who is.

The 4L80 transmission cannot physically house 2 more gears so what is done is a custom 1st & 2nd gear ratio, and a modification to the valve body to allow it to apply the overdrive to 1st and 2nd gear giving you the illusion of a 6 speed gear set. There are two major problems to overcome when doing it this way; overdrive clutch strength and correct line pressures. The overdrive clutch packs were never intended to hold the higher torque being created in 1st & 2nd so a new clutch pack was created that added two additional clutch discs for an increase in surface area to help hold the extra torque. The downside is that this meant they all had to be thinner to fit in the space provided.

This then leads to the next issue of clutch slippage if the programming isn’t set up correctly. In order for everything to function as it should the final programming has to be done in the vehicle to ensure that the correct amount of line pressure is applied to compensate for vehicle weight, engine torque, final drive ratio, and rear tire size. This is not an area you want to guess at if you want the transmission to survive.

At some point in the next couple of years I’m sure we will start to see the emergence of new programming options and performance parts upgrades for these newer transmissions, but in the meantime take into consideration what the pros and cons are for using them in a hot rod or muscle car. The vast majority of hot rods out there are not driven enough miles each year to justify any slight gains in fuel mileage from using a new 6 or 8-speed. The older 4-speed overdrives will give you everything you need and can be had for a very reasonable price. There is also enough aftermarket support available to build them to work with nearly any popular engine, GM or otherwise, and will hold plenty of horsepower and torque to fit your needs.