It takes stress off the fluid coupling of the torque converter and it helps decrease the amount of heat being generated at higher cruising speeds.  Many times it will seem as if the transmission has a 5th gear or extra over drive when the converter locks up since it will typically reduce engine speed by about 300 RPM. 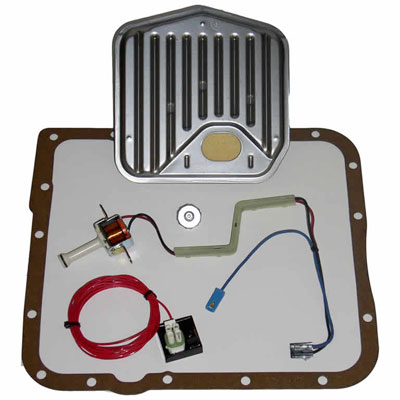 When GM installed these transmissions in a particular vehicle they had a few different ways to activate the lock up for the converter.  Sometimes it was just electrical and sometimes it was electrical and vacuum operated.  This primarily had to do with what type of engine was being used with the transmission, as well as, under what circumstances the lock up needed to be turned on or off for maximum efficiency.

As these transmissions gained popularity as transplants into hot rods and customs it became necessary to figure out a way to get the lock up to function when the original equipment was no longer being used.  The old school way was to tap into the case connector and manually turn it on or off via a toggle switch in the dash.  That was all fine and good unless you forgot to turn it on or off. 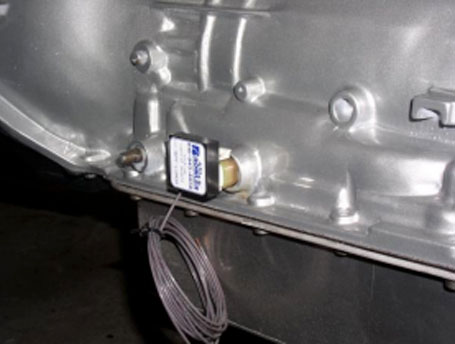 There are several variations of lock up kits available on the market today.  Some aren’t much more than the old toggle switch; some are much more advanced and include adjustable parameters to dictate how and when the converter lock up is activated.

Here at Bowler Performance we designed our lock up module with simplicity in mind.  We wanted to create a lock up system that would work with any engine combination in any vehicle. It had to be simple to install, and most importantly it had to work without any interface from the driver. 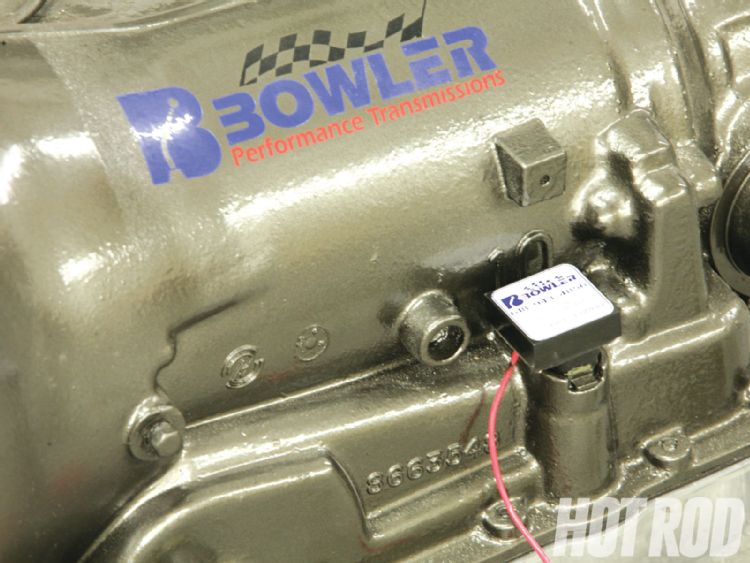 We also include a cruise control style brake switch that works perfectly to disconnect the +12 volt power to the lock up module when the brakes are applied.  This pulls the converter out of lock up to allow the car to easily accelerate back up to speed before the lock up re-engages.

Lock Up Control Module for Sale

The entire lock up system can be installed by anyone with minimal mechanical skills. The internal components are all accessed by removal of the transmission pan and filter only. There are no special tools or procedures required. We include every component needed to connect the system and get it working properly. This ensures that regardless of if you have a newly re-built unit, or a unit that has been in service for years, you will be confident that the parts are correct for proper operation.