At last year’s 2016 SEMA Show, the Ringbrothers unveiled a beautiful restomod 1965 Ford Mustang convertible. Named “Ballistic,” this car was special for a number of reasons. Interestingly, “Ballistic” was the first car that the Ringbrothers presented in a live unveiling at a SEMA Show. It was also the first time they built a Ford Mustang convertible, despite their history with Mustang coupes. 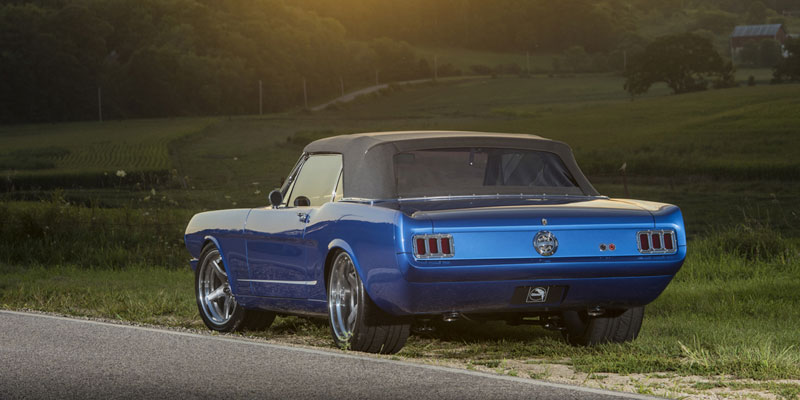 The 1965 Ford Mustang got a new powertrain, partly borrowed from one of its cousins. Its new 5.8L V8 engine originally comes from a Shelby GT500 Mustang. This engine is paired to a Bowler-built Tremec T-56 Magnum six-speed transmission, with a Centerforce clutch and a QA1 driveshaft. It also got a nine-inch rear end built by John’s Industries, and the whole thing finished off with a fully custom stainless steel exhaust system with Flowmaster Mufflers. 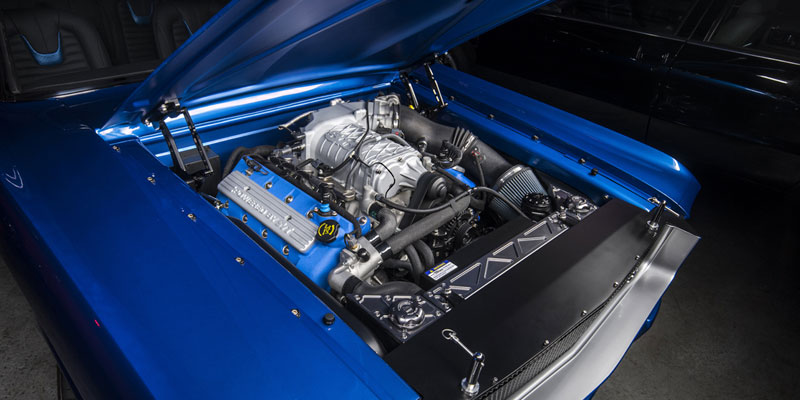 One of the challenges the 1965 Ford Mustang convertible faced was its flexibility. Early Mustang convertible bodies were very flexible, and the Ringbrothers wanted to put a lot of power into “Ballistic.” Therefore, they had to stiffen and tighten the whole chassis to support its new performance capabilities. They also added the handcrafted widebody kit and carbon fiber body panels. The whole thing is wrapped up in gorgeous “Blu By U” BASF Glasurit paint. 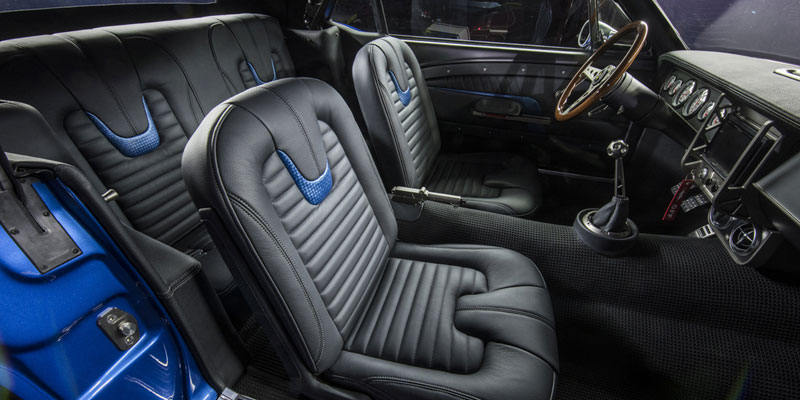