It wasn’t that long ago that overdrive transmissions were not standard equipment in every new vehicle on the road. The tried and true 4-speed manuals and 3-speed automatics were the only thing we knew, and they worked well, so why would anyone want to change that? During the late 1970s and early 1980s we saw a push to create more economical cars that produced lower emissions.

As most of us know, it had a lot, if not all, to do with the fuel shortages and government requiring the automakers to comply with EPA regulations on fuel consumption and emissions. Thus the mainstream overdrive transmissions and pollution control systems were born into existence at the expense of horsepower. All of those things combined to get the overdrive off on the wrong foot with most car enthusiasts. 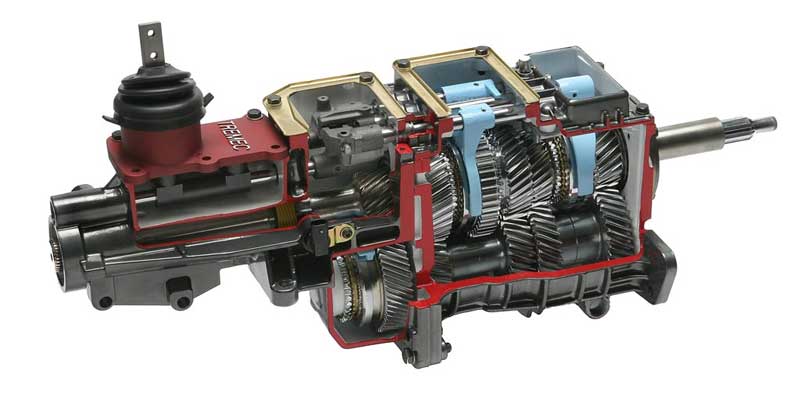 We get plenty of calls from those who are new to the idea of installing a modern overdrive in their classic car, and many times there is some confusion as to the benefits of making this upgrade. There can be some misunderstandings that the overdrive transmissions are not as strong or able to handle as much horsepower or torque as the older non-overdrive units. This can be true in certain situations, but the majority of the new transmissions will handle far more power than their older counterparts when comparing them at a stock built level. True, the 1980’s were not a glorious decade for high powered performance vehicles and that’s where most of this accepted truth comes from, and by all rights those early overdrives weren’t capable of the demands we place on transmissions today.

Consider how much more power a stock LS engine makes versus a stock Gen. 1 small block Chevy. Another common misconception is that the vehicle will not be as responsive due to the available gear ratios. This can be easily resolved by matching up the transmission’s gear ratios with the corresponding rear gear ratio and tire size to match the performance you are looking for. In nearly every situation we can configure a complete drivetrain package that will be much more responsive through all the gears. Even better is that you can keep that 4.11 posi for the hole shot and still be able to drive 75 MPH at 2,000 RPM. The third most common issue that comes up is the fitment aspect of the newer overdrives into older vehicles. This one is a legitimate concern, as there are many cars that were designed specifically around one or two transmission options that were available at the time. This can lead to the need for modification to the floor structure due to lack of room in the transmission tunnel. Obviously this can be solved pretty quickly with some cutting and forming of a new tunnel, but for some guys, the thought of chopping up an all original, rust free car, can be pretty overwhelming. 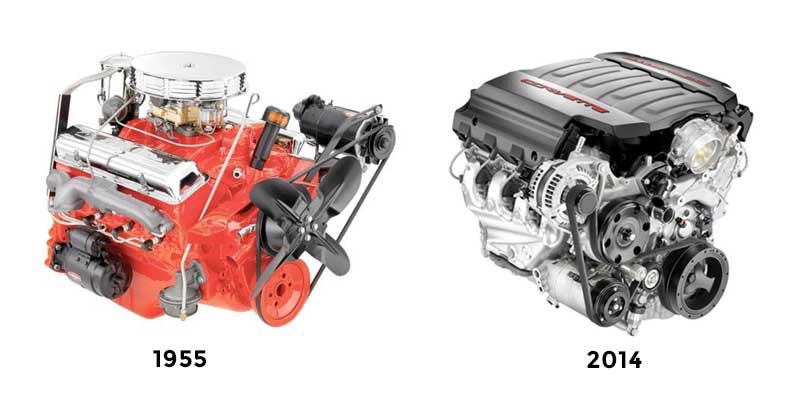 With the advances in the technology available for the aftermarket it is possible to equip nearly any car with a modern overdrive. Regardless if you favor 2 pedals or 3, there is a solution that will fit your needs. The newer electronically controlled automatics have the ability to be tuned to your driving style and preferences. No longer are you stuck with a “shift kit” to tune your transmission. The controllers available now will allow you to dial in the shift points exactly where you want them, and in every gear. Match that with a torque converter and transmission that has been built specifically for your car and you’ll wonder why you didn’t do it sooner. If you lean more towards the manual shifting side there are some really great transmissions available to handle a wide variety of power levels, gear ratios, and shifting styles. I don’t know about you, but when you look at a shift knob with a 6 speed pattern engraved into it, you can’t help but get excited. Besides, if you are going to have a manual transmission, you do so because you like to shift the gears, so why limit the fun to only 3 or 4 when you can have 6!

The bright side of the overdrive revolution in our eyes far outweighs any downside. With the ability to lower the engine’s RPMs at highway speeds you not only increase your fuel mileage, but also increase the life of your engine and the accessories that are run by the belt system. Also, with lower fuel consumption comes lower emissions. This may be the last thing on your mind while you’re lowering that 572 c.i. big block in between the frame rails, but you can at least feel better about it. Over the life of a vehicle the savings can quickly add up to justify the cost of the transmission upgrade, and most cars that have been upgraded will command a higher price should you decide to sell the project. Another benefit that is often overlooked, but nearly as important, is lower levels of noise and vibration inside the vehicle. Sure, you may be equipping your car with an exhaust system that violates most noise ordinances, and this may not be an issue, but there are many others who want to be able to enjoy conversations at a normal speaking volume or their favorite disco album through the new 6×9’s. 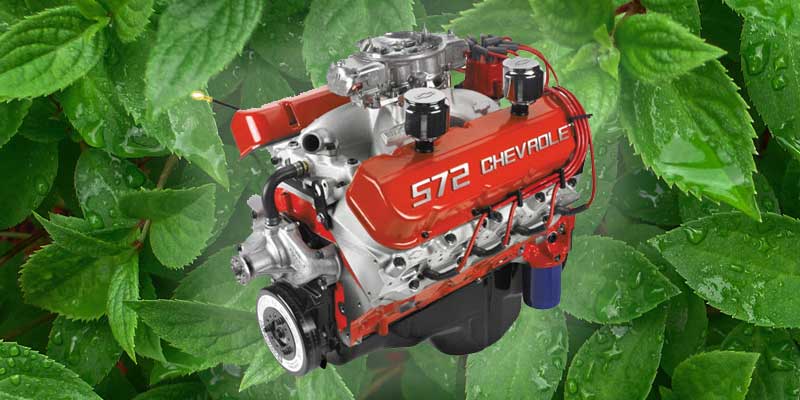 We’ve become accustomed to the cars of today that are equipped with more buttons than the Apollo 13 rocket and creature comforts to keep us spoiled, so it’s not uncommon for us to want that translated into our project cars as well. We’ve realized that what we remembered from 40 years ago may be a little fuzzy and it isn’t so much how “nice” those cars were, but it is more about the feelings these cars inspire in us. We need those memories to come alive, but not at the expense of our sanity or safety.