The Tremec T-56 Magnum is by far one of the best manual transmissions available today. With its 700 lbs./ft. torque capacity and ability to shift under brutal RPM levels it is a winner at nearly every level. You will be hard pressed to find another transmission of its size and weight with equal abilities, but even as good as it is right out of the box we can improve upon its design. The venerable LS engine that spins the vast majority of these T-56 Magnums has created another level of power output not seen in most average street cars. Even 15 short years ago a 400-500hp engine was impressive in a street car, today that has become the norm, and as we add twin turbos and superchargers to these already impressive engines we are easily seeing 800+ horsepower on the street. Just as important as the power output of the engine is, so is the ability for the transmission behind it to put that power to good use.

Although that 700 lbs./ft. torque rating is impressive, it can easily be overcome with the technology being put into these engines, and thus the need for improvements. Here at Bowler Performance we’ve never been ones to over-exaggerate any claims on torque capacity just to gain the trust of a customer, but we have seen these transmissions do well even above the stated torque capacity. There are always a number of factors that come into play when determining how much is too much before you will see a failure due to excessive torque, but with careful planning and precise execution on an installation you can greatly increase that chance of survival. A few of the ways we’ve found to be effective in taking the T-56 Magnum to the next level comes from allowing the transmission to shift easier under maximum engine load.

The first way to get the transmission to shift better is to figure out how to quickly stop the gears from spinning before the next shift. Adding a layer of carbon fiber to the inside of the blocker rings gives them an increase in friction and the ability to grab the synchronizer for faster gear engagement over the standard sintered bronze material. The second addition to the transmission comes in reducing the friction between the shift fork and the slider hub. The T-56 Magnum comes standard with Teflon plastic shift fork pads that, under heavy loads, can break down causing poor gear engagement. The remedy is to replace them with a stronger material with less frictional losses. A popular choice is swapping to a bronze or brass fork pad, but we prefer the Vespel fork pads. If you are unfamiliar with Vespel you’re not alone, this high performance polymer is mostly used in aerospace and transportation technology. It combines heat resistance, lubricity, dimensional stability, chemical resistance, and creep resistance, to be used in hostile and extreme environmental conditions. Sounds like the perfect material for the inside of a T-56 Magnum! Another piece of the puzzle can be a little more controversial. A few years back, after the development of the TR-6060 and subsequent T-56 Magnum there was a design change in the 2nd gear. The OE manufacturers were receiving complaints from consumers about a “notchy” feel in the 2nd gear engagement. These complaints led to a design change to slightly twist the teeth of the synchronizer and also remove some of these teeth to give the shift a smoother feel. Under normal driving conditions this change doesn’t present any issues, but when you start hitting a lot of road courses and auto cross tracks the loss in surface area can quickly become an issue that results in accelerated synchronizer wear which then results in poor gear engagement. The solution for us was to updated the syncronizer hub and gear to a better design. The cherry on top of our Stage II build is our Night Stick replacement shifter. The Night Stick shifter provides a more positive shift feel, slightly shorter throw, and is guaranteed not to leak. 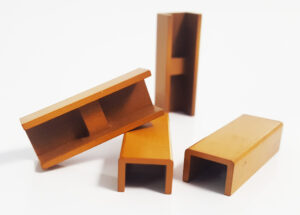 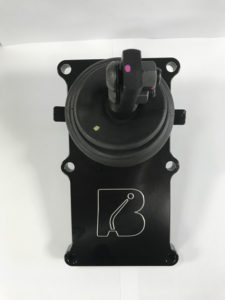 The key element to how your T-56 Magnum holds up over time is ultimately you. The biggest factor we’ve seen in how long a transmission will last, or what it will hold up to, is greatly influenced by driving style. Some drivers are just naturally harder on equipment than others. I’m sure you know a guy, or you may be “that guy” who can break anything without effort. We’ve seen these 6-speeds last for years without trouble and we have others show up every year for a rebuild. The one constant is that these gear boxes are full of moving components and they will eventually wear out, our goal is to provide a purpose built transmission for the type of driving and driver it will see.