The C2 & C3 Corvettes have been a very popular platform for Tremec TKO 5-speed conversions. They are fun cars to own and drive, but their lack of overdrive can make them a little loud and uncomfortable at today’s highway and interstate speeds. Within the last couple of years Bowler Performance has introduced a line of products that make the transition to overdrive as easy as possible. Many of these cars are still in great condition and many owners cringe at the thought of cutting up a nice classic car, especially one that holds its value like a Corvette. 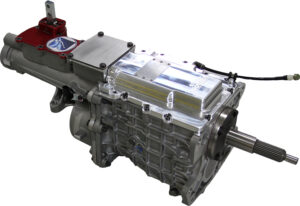 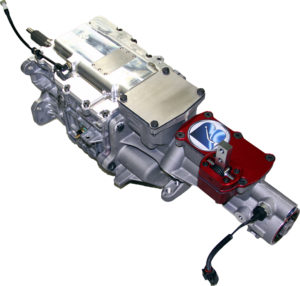 The upside of the demand for a bolt in solution for the Corvettes is that it encourages the development of creative solutions to solve the problem at hand. The Tremec TKO receives a modified tailhousing with shifting mechanism that allows the shift stub to move to the factory Corvette location, and for the C2 models, the top cover of the transmission is also modified to create additional clearance in the transmission tunnel. This eliminates any need for transmission tunnel modifications and retains a completely factory look on the console. If you decide to convert from your mechanical clutch linkage to a hydraulic set up we’ve also developed a bolt-in solution that mounts from the factory frame rail rather than the fiberglass firewall to prevent the possibility of a stress fracture developing. 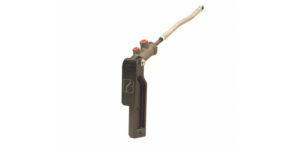 One of the most difficult areas to deal with during a Tremec conversion is the fact that the factory transmission crossmember is welded to the frame. This makes getting the new, longer Tremec TKO 5 speed installed, somewhat of a challenge. Typically it requires either lifting the engine and moving it forward, or removing the engine altogether to gain enough room to get the new transmission in place. I’ve heard from some guys, that with enough creativity, you can wrestle it in place without moving the engine, but the majority of installations will go much smoother with the engine out of the way. Some guys will opt to buy a crossmember conversion kit that allows you to convert it to a bolt in style crossmember, and some will even opt for a whole new frame, but for those of you who want to retain a factory set up for purity’s sake, we now offer a bolt in solution that allows for the installation of a Tremec TKO without any cutting required. The bracket we’ve developed locates off of the original 4 speed mount and moves the transmission mounting surface rearward to allow it to line up with the Tremec location. We include a new Energy Suspension transmission mount in the kit along with the necessary hardware to bolt it in. Whether you need just some of the parts or a complete conversion kit for your Corvette, Bowler Performance has all the parts you need to do it right. 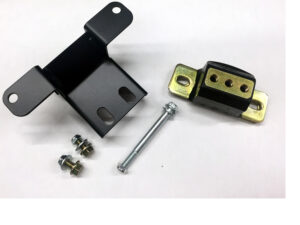