January is a time for new beginnings. We make resolutions to lose weight, eat healthier, join a gym, or maybe finally complete that hot rod project stalled in the garage. This year Ridetech has resolved to build another cone killing Camaro through their 48 Hour build series. This will be the 4th time that Ridetech has done a 48 Hour build, and the second time they’ve done it at the Barrett-Jackson auction in Arizona. Over the course of six, 8 hour days you will get to see the team transform this Camaro into a killer Pro-Touring style muscle car. The Camaro will then go out on a 2 year tour of the U.S. performing at various shows and events to prove the performance of the components used in the build. The Camaro will then be sold at the Barrett-Jackson auction where it all started. 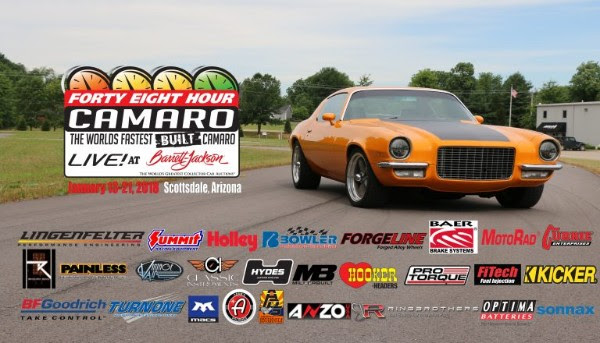 How do you build the ultimate autocross automatic?

Ridetech has proven over the years that air springs and coil springs can both be comfortable and competitive when the suspension is set up correctly. Bowler Performance Transmissions wants to prove that a correctly built automatic transmission can be just as competitive on the autocross as any manually shifted gearbox. Achieving this goal requires careful consideration and selection of the parts to be used along with the years of experience we’ve acquired building transmissions for all types of racing. In addition to the expertise we bring to the table we’ve employed the help of Sonnax for their superior internal components and Pro Torque converters to help transfer the power under the hood to the tires on the ground.

This latest 48 hour build will be sporting an all custom 4L75E transmission with a 2.84/1.55 first and second gear ratio to help extend the amount of time we can hold first gear, as well as, decrease the ratio drop going into 2nd and 3rd gear. This will give the Camaro a competitive edge for the autocross and help to keep the tires from breaking loose going into that second gear shift under higher torque load while keeping the engine closer to it’s optimal power band. If you’re unfamiliar with the standard gearing of the 700R4/4L60E series of transmissions, a factory spec gear set is set up with a 3.06 first gear,1.63 second gear, 1.0 third gear, and .70 fourth/overdrive.

Having that huge ratio drop from first to second can be fun in a low horsepower car to make it feel like you’ve got a lot more going on, but in a car with a significant amount of horsepower and torque you can easily break the tires loose coming into second gear. A loss of traction is added time, and when were talking about hundreths of a second between winning and losing, every little bit helps. 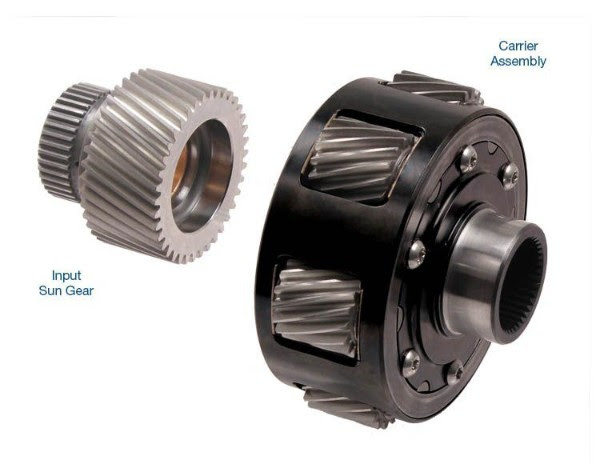 This Sonnax input carrier kit can be installed into any of the 4L60E series of transmissions without any special modifications. Manufactured and engineered for outstanding durability, the carrier’s gears are precision-ground to OE standards, thrust washers feature highly wear-resistant PTFE-coated material and the captured bearing is thicker late design. Lube channels direct oil to the pinion pins, and the carrier can be disassembled for inspection and service.

The torque converter is another critical component that has to be configured with the correct amount of stall speed and strength to endure the rigors of the autocross or road course. Pro Torque is no stranger to building high performance torque converters for all types of vehicles and conditions. Joe Rivera from Pro Torque is widely known and respected in the transmission industry and racing community as a leader and innovator. He has spent nearly two decades developing a complete line of customizable torque converters to meet the needs of everyday drivers, street racers, and professional level race teams alike. We’ve been using Pro Torque over the years for many of our high performance builds so we contacted them for their support in providing us with the perfect solution for this build. Careful consideration has to be made for the vehicle weight, gear ratio, tire size, and maybe most importantly how the engine builds torque. Putting an “off the shelf” converter in this car would get it down the road, but if the stall speed is set too high or too low we would never be able to dial the car in and get it to perform the way we need it to. 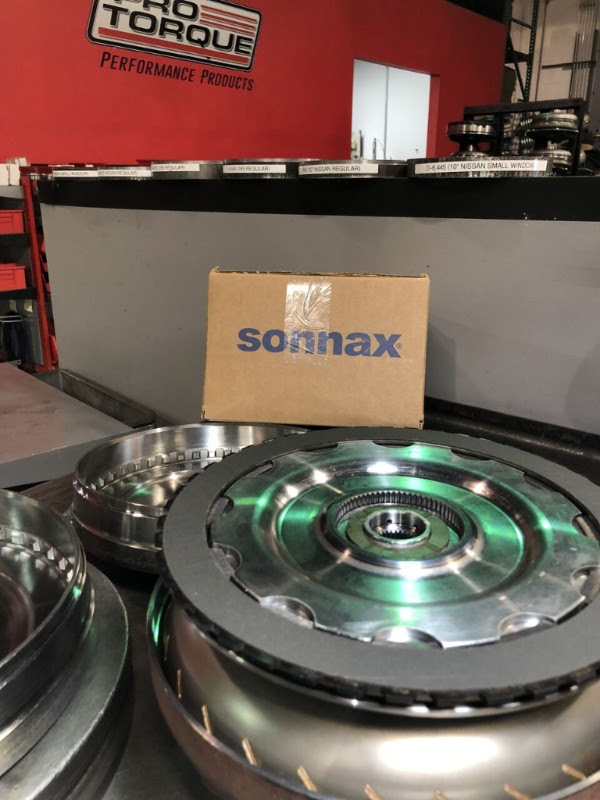 The converter we’re using is one of Pro Torque’s new LSXT converters meant for the LSX crowd that is reasonably priced and can handle some serious power. Rated up to 1200hp this converter has some of the great features like Billet front cover, Billet Multiclutch, 1200hp heavy duty sprag, furnace brazed and reinforced blades. Each of these converters is custom built to your exact combinations and spec’d out by one of the Pro Torque techs. All Pro Torque converters are manufactured and assembled at their high-tech facility in Medford, NY by their highly trained and professional staff. 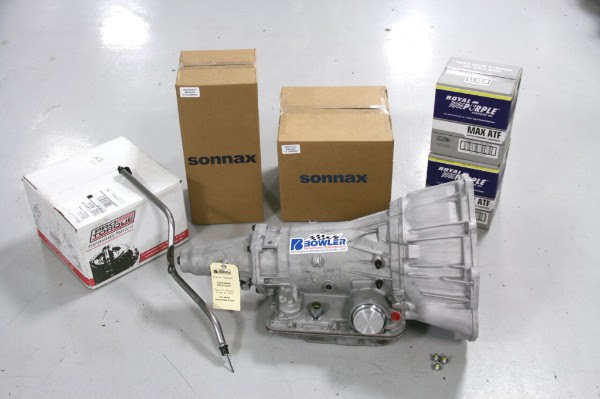 In the following segments of our series on building the ultimate autocross automatic we will go deeper into the internal components and procedures used to ensure that the transmission will endure the years of abuse it will see on and off the track. Bowler Performance Transmissions is committed to building the highest quality transmissions for whatever your needs are. We don’t just build them to perform, we build them to last. Contact us today for more information on how we can build the perfect automatic or manual for your hot rod. 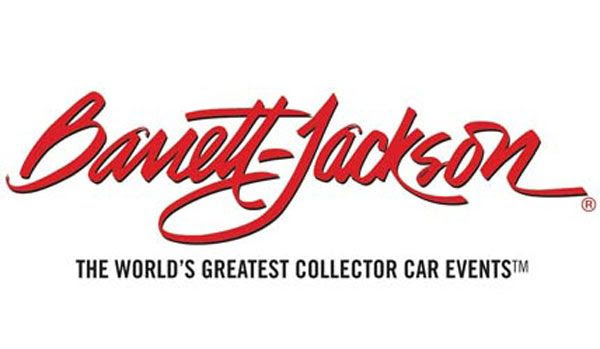 For those attending the Barrett-Jackson Collector Car Auction in January, the DIY Pavilion, where the build will be taking place, is located near the staging lanes outside the auction arena. For those not able to attend in person, updates and live feeds of the 48 Hour Build will be available via Facebook and Instagram. 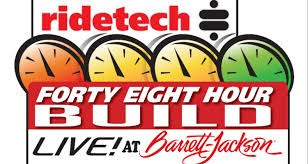 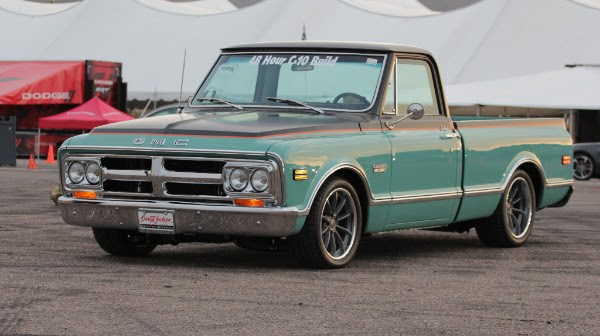 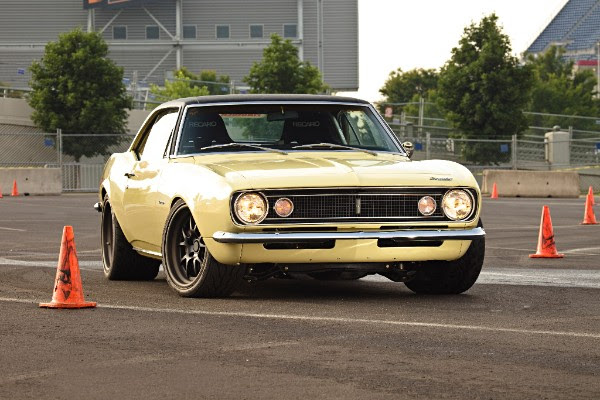 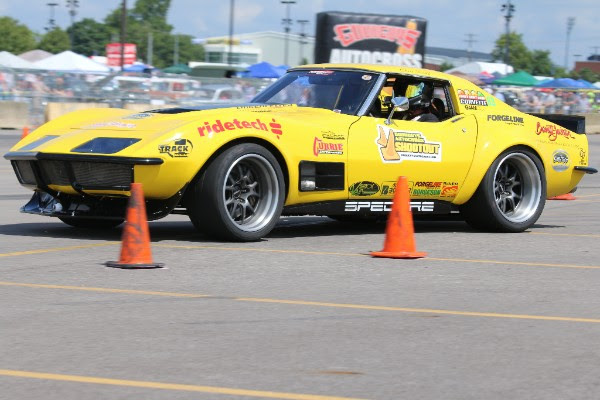 Love this car? It could be yours….Click below for more info! 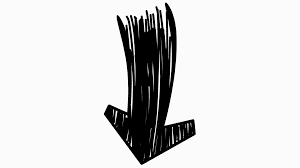