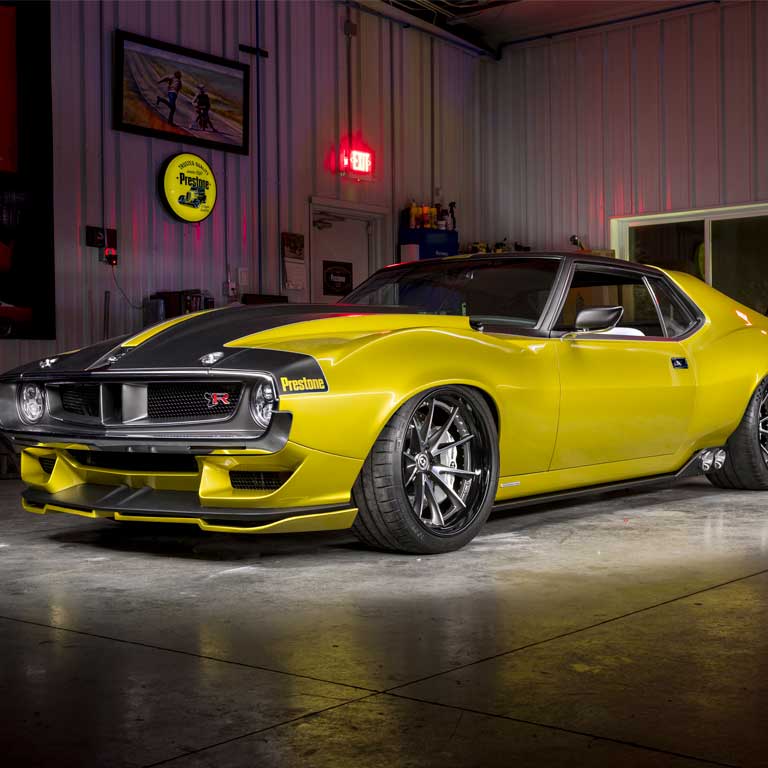 The Jalop Gold and black 1972 AMC Javelin named “Defiant!” you see here was designed and built by Ringbrothers for Prestone. Prestone approached Ringbrothers at last year’s SEMA show and from there they had twelve months to complete this masterpiece to debut it at SEMA 2017. The striking golden yellow color is based off of Prestone’s own color scheme. To help complete this incredible build in time, they used Solidworks digital 3D design systems to render the car’s new panels.

Some of the body customization includes a new hood, front fenders, grille, and front valance. They extended the Javelin’s wheelbase by moving the wheels forward 6.5″ and the wheel arches were recreated in carbon fiber. The newly extended wheelbase is supported by a Detroit Speed Hydroformed front subframe which was originally engineered for a Camaro. Ringbrothers went to town machining customized tail lights, bumpers, trim, and engine bay out of a block of aluminum at their Wisconsin based shop.

One of the most exciting aspect to this build is the 6.2L Hemi Hellcat V-8 engine with a 4.5L Whipple supercharger which brings the horsepower rating up to a mind-boggling 1,036. To back the high powered engine they used a Bowler 4L80E Automatic transmission, and bringing it to a stop is a four-corner Baer disc-brake setup clamped by six-piston calipers. The HRE Performance 20″ wheels are wrapped in 285/30 tires in the front and 335/30s in the rear. 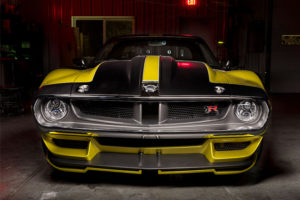 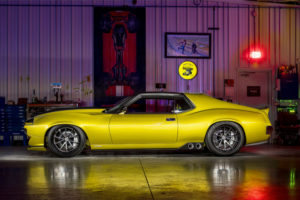 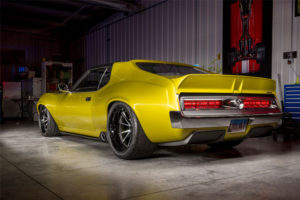 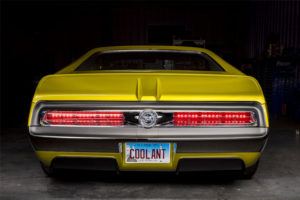 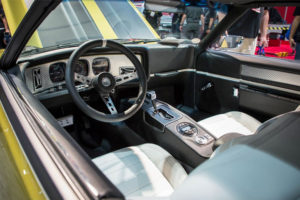 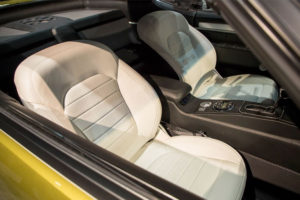 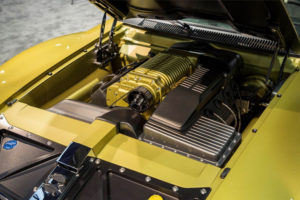 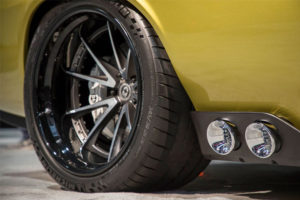 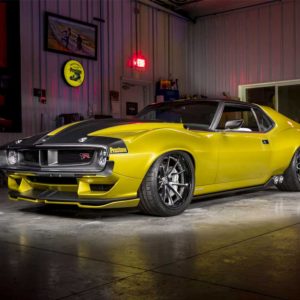