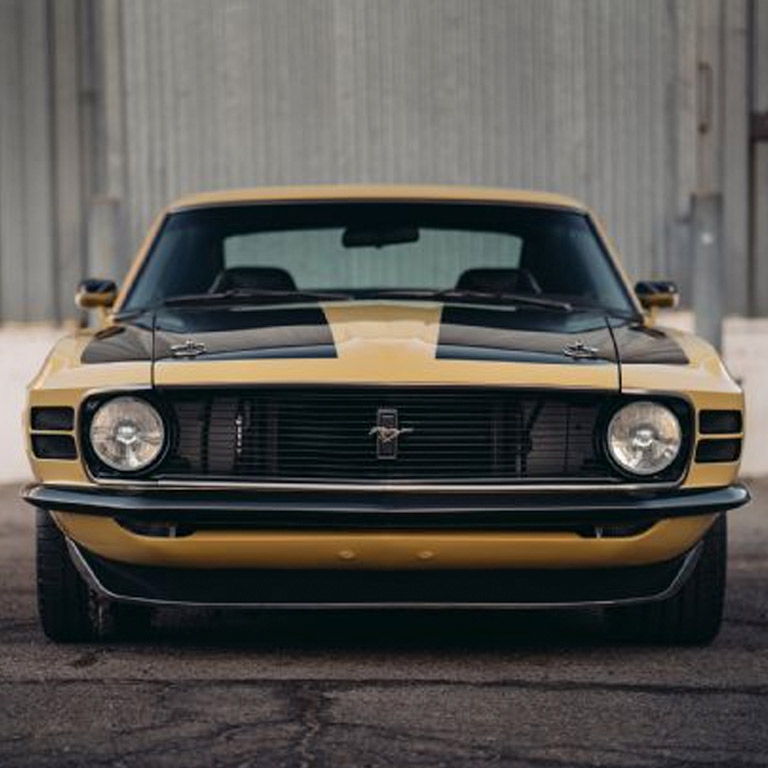 This 1970 Ford Mustang Boss 302 was built by SpeedKore for actor Robert Downey Jr and was on display at SEMA 2017. The SpeedKore team say that Downey Jr. was heavily involved in the creation of this one of a kind car. What they ended up with is an impressive vehicle with a mix of retro and modern looks, painted in PPG Khaki Yellow.

Downey Jr. is well known as the actor who portrays Iron Man, and this car packs enough punch to make the superhero very proud. Under the hood is a 5.0L Ford Performance Aluminator V8 engine with a Roush supercharger. This is mated to a Bowler Performance prepped T-56 Magnum 6-Speed Transmission. Other Bowler products this car is equipped with include our All In One Harness, Hydraulics, Clutch, Bellhousing & Shifter.

SpeedKore of course fitted this car with their own custom carbon fiber body panels at their 20,000 square foot shop in Grafton, WI. These pieces include the hood, bumpers, fenders, quarter extensions, deck lid, valence and deep chin spoiler, and they help make this car lighter than ever. The aluminum frame and suspension are from Detroit Speed for a modern touch.

Inside this powerful car you’ll find a custom bespoke steering wheel, a Vintage Air system, an old-school instrument cluster, and brown leather throughout. Gabe’s Street Rods Custom Interiors were responsible for much of the interior. Together SpeedKore and Robert Downey Jr. have created such an awesome 1970 Ford Mustang and we’re proud to see our transmission and other products being put to good use in it. 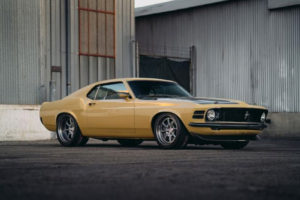 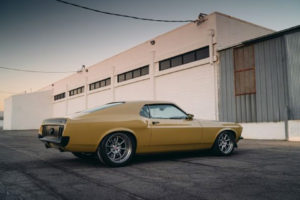 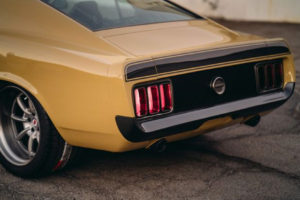 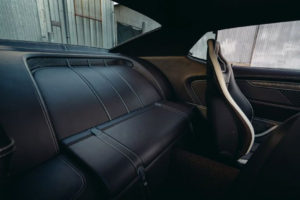 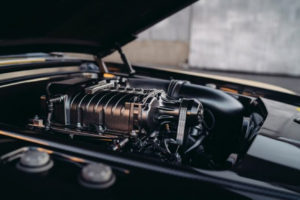 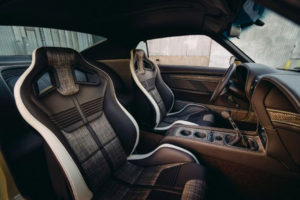 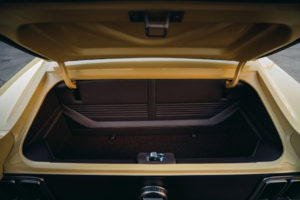 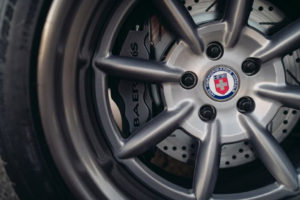