This stunning black and red 1967 Chevrolet Chevelle called “Onyx” was built by the team at Roadster Shop in Illinois. Owner Tom Demrovky brought his plans for high horsepower Pro Touring car to the shop, and they had the perfect ’67 Chevelle laying around to bring his vision to life. The team got to work with reconstructing and replacing much of the car’s body. Tom requested that the trim and bumpers keep a factory look, with only a few refinements here and there. To complete the timeless look, they painted the car in PPG Black with red accents and redline tires.

Relicate suede and leather were outfitted for this Chevelle by Avant-Garde Designs. Mounted in the custom dash bezel are Auto Meter Cobra gauges and the red leather steering wheel is from Eckler’s. For music, there are two 6-inch speakers in the front, two 6×9 speakers in the back, and a 10-inch subwoofer. Tom specifically wanted the interior of this Chevy to look exactly like it would have in the 60’s, and this car perfectly encompasses that time period. The engine is an LS3 built by Wegner Motorspors with a 2.9L Whipple supercharger for 680 horsepower and 637 lb-ft of torque. Tom wanted a manual transmission that could really handle the LS3 power, to they went with a Tremec T-56 Magnum from Bowler Performance Transmissions.

In an interview with SuperChevy.com, Tom says: “What I got from Roadster Shop was a masterpiece. It’s truly the ’67 Chevelle that Chevy would build today if they were to stay loyal to the ’67 era design aesthetic.” We agree that this truly is another masterpiece from the talented team at Roadster Shop. This 1967 Chevrolet Chevelle took home the Goodguys Griot’s Garage Muscle Machine of the Year award in 2016. 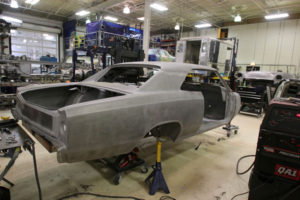 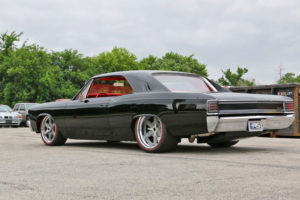 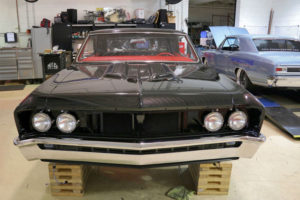 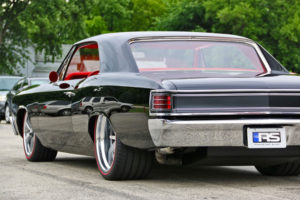 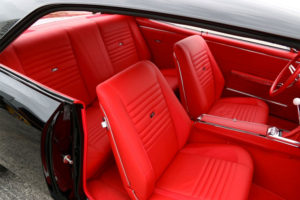 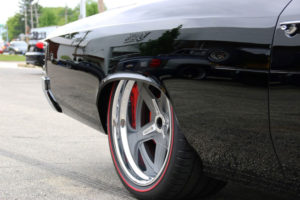 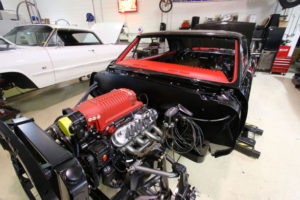 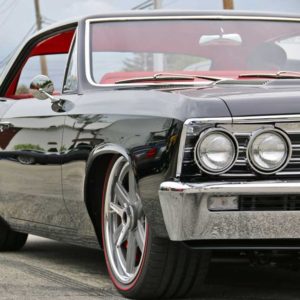