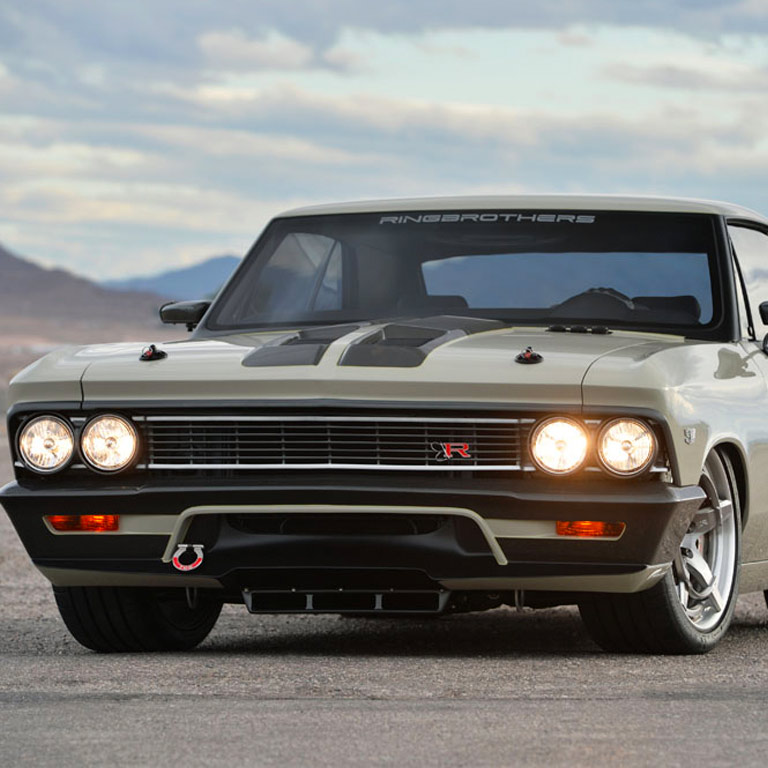 This 1966 Chevrolet Chevelle named “Recoil” was built by Ringbrothers for owner Chris. As a teenager, Chris was lucky enough to snag a ’70 Chevelle that his grandparents were giving away. From then on he always had a soft spot for the Chevelle. Flash forward to SEMA 2012 when Chris met Jim Ring. After talking for a while Chris knew that Ringbrothers was the perfect shop to build his dream Chevelle. In an interview with SuperChevy.Com, Chris says: “(Jim) took my vision for building a ’66 Chevelle and threw in his own ideas without ever knowing if I would call him again. That’s the type of guy Jim is, selfless and driven to build your dream car with his skill set and artistry. It’s a true gift.”

They sure did build a dream car. This 1966 Chevelle is outstanding in many ways. To start, it’s extremely powerful. It has a beastly Whipple-supercharged Wegner Motorsports LS7 engine that outputs a whopping 980 horsepower. They constructed special one-off fuel rail covers for the Whipple supercharger to exactly match the design of the blower’s case. A Holley Fuel Injection System was installed with an Aeromotive fuel cell and pump to feed 91 Octane fuel to the powerplant. To get that extra roar, Flowmaster mufflers were implemented. To put all of that power to good use, a Tremec six-speed manual transmission from Bowler Performance Transmissions was installed.

Inside, Chris wanted metal seats, so Ringbrothers mimicked the shape of Recaro seats and added padding where the seats touch your body. The seats really set the tone for the rest of the interior. Instead of carpet, they made it look like there are rubber mats on the floor by powdercoating custom machined metal inserts. They hydro-dipped the floor, console, seat pans, and inside of the trunk for added texture.

They finally unveiled the car at SEMA 2014 and from there took home awards like General Motors’ Best Chevy at SEMA, the Goodguys Gold award, and they ranked Top Three in the Battle of the Builders competition. What a beauty to behold, excellent job and congratulations to all involved. 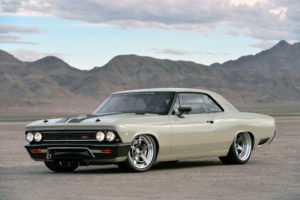 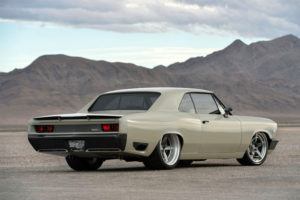 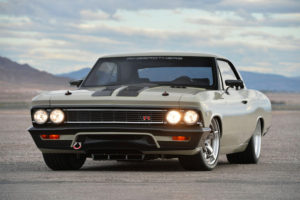 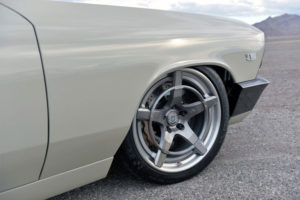 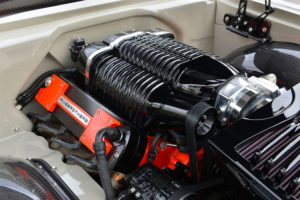 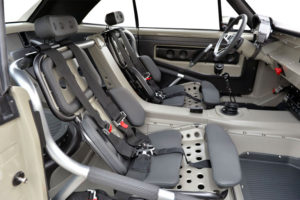 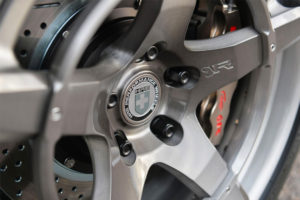 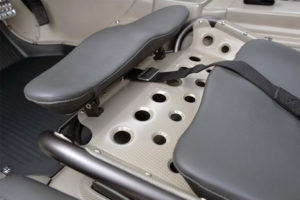 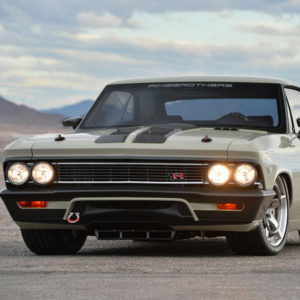