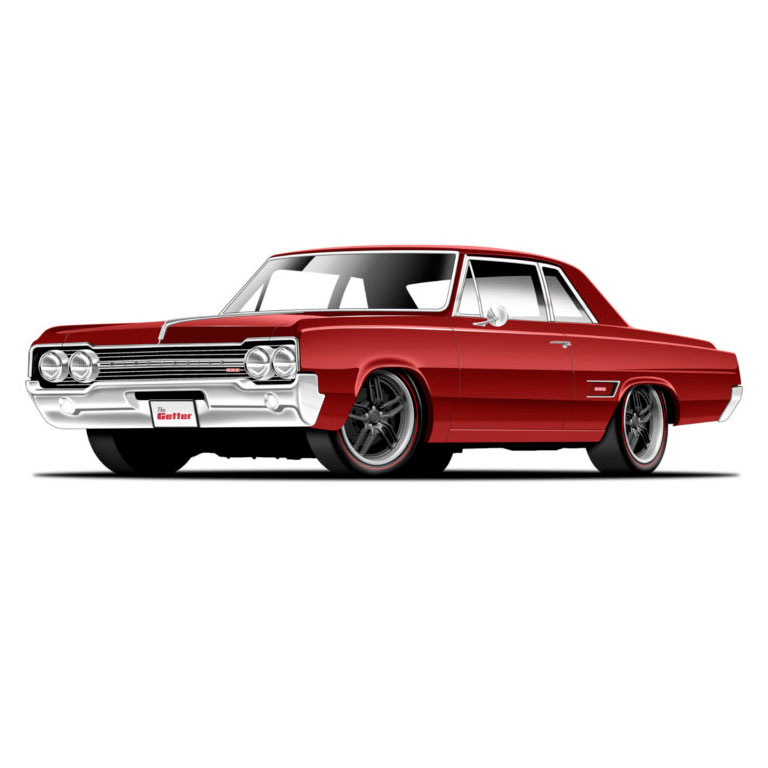 This beautiful red 1965 Oldsmobile Cutlass by JH Restorations was recently on display at SEMA 2017. JH Restorations set out with a goal to complete the building of this ’65 Cutlass using only the best products available. So when it came to the transmission, they chose a Tremec TKO 600 5 Speed from Bowler Performance Transmissions. As for the engine, they transplanted a 6.0L LS engine which is detailed and modified to resemble a factory 1965 Oldsmobile 400.

They used a 1965 GM A-Body convertible frame in this build which is hung on Detroit Speed Coil over suspension in both the front and the rear. The stunning “Getter Red” paint featured on the exterior was custom mixed by Matrix Systems Automotive Finishes to give this 1965 Oldsmobile Cutlass a truly unique look. It sits low on its Budnik Shrike wheels and Toyo Proxy tires. The tires also stand out with their Red Lines outfitted by Diamond Back Classic.

Inside the car they aimed for an updated look with Camaro bucket seats trimmed in Relicate Leather. JH Restorations worked with Synergeering to have a lower dash bezel 3D printed for the interior along with an original Style Olds 442 air cleaner. Under the dash you’ll find muscle car pedals by Clayton Machine Works as well as Lokar E-Brake cables. A Bowler Phantom Products push-to-start system has also been implemented for that final touch. The driver of this 1965 Oldsmoobile Cutlass can be seen through tinted glass by JRD Distributing. The crew at JH Restorations has really done a stellar job with bringing new life into this stylish Oldsmobile. 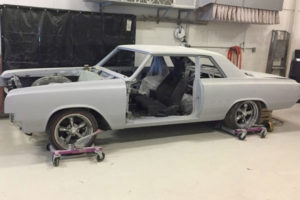 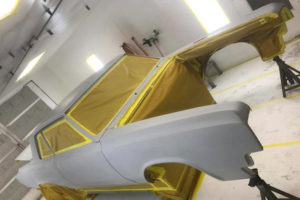 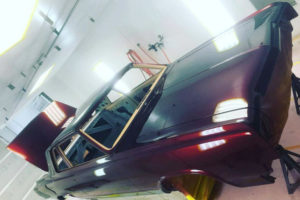 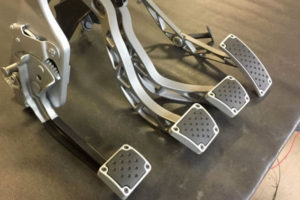 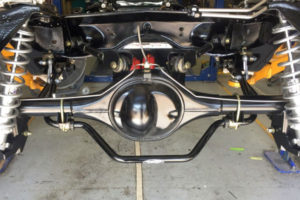 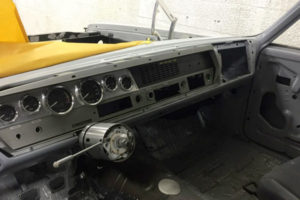 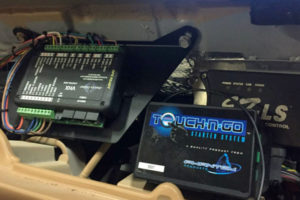 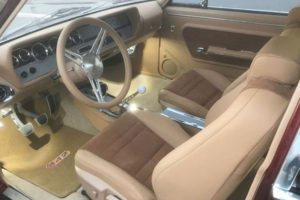 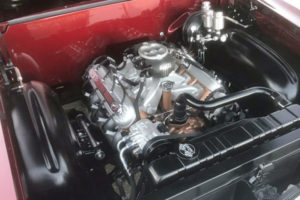 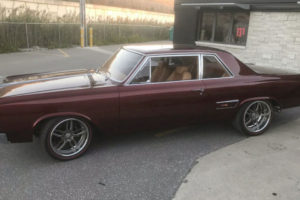 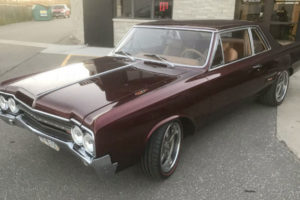 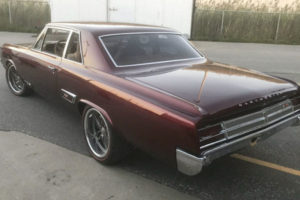