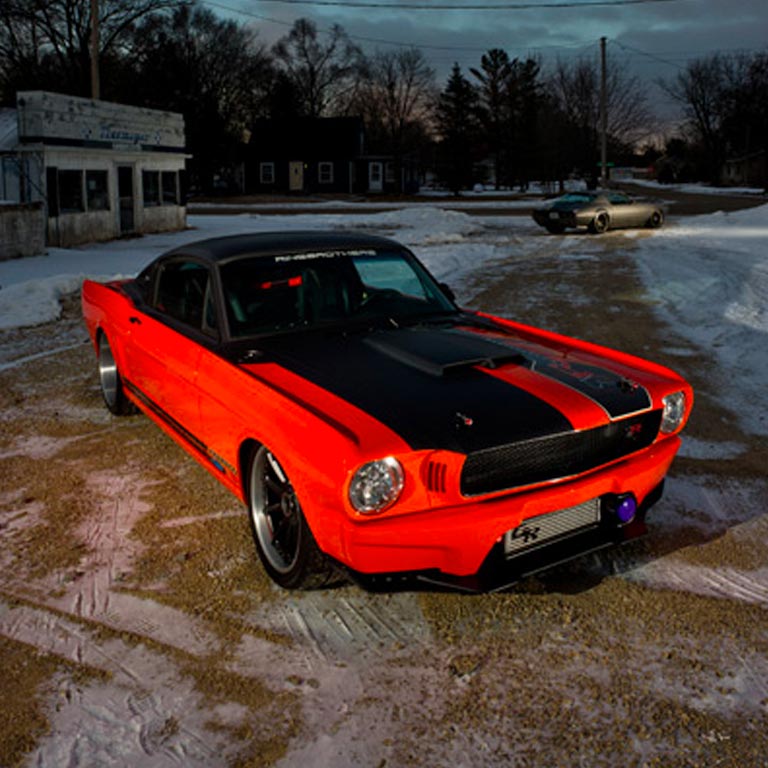 Check out this 1965 Ford Mustang. It’s called “Producer” and was built by Ringbrothers for owner Gary Bowers. The Mustang got its name from Bowers’ Waynesburg, Pennsylvania based Producer Supply company. Mr. Bowers first saw the car at a Barrett-Jackson Auction and from there it eventually made its way to the legendary Ringbrothers shop.

One of the most significant changes to this 1965 Ford Mustang is that they widened it by four inches, two on each side. This explains the 65+4 emblem on the rear panel. In an interview with mustangandfords.com, Jim Ring explains: “We didn’t want to cut it down the middle because we had already created a carbon-fiber roof skin, so I said, ‘How about we cut the quarters, doors, and fenders to add two inches to each side?’ That way, the cockpit would stay the same but the overall car would be four inches wider.”

Under the hood is a high compression Keith Craft-built 427 cubic inch stroker that pumps out 740 horsepower. This, combined with its Bowler Performance T56 Magnum transmission with Quicktime bellhousing and a McCleoud twin-disc clutch make for tons of power and control. Outside they painted it a custom BASF orange color and Ringbrothers designed the three-piece wheels that were built by Forgeline. Tires are Michelin Pilot Sports and brakes are 14-inch rotors with Baer 6S 6-piston calipers in the front and rear.

This beautiful Mustang took home the Goodguys 2012 Street Machine of the year award. 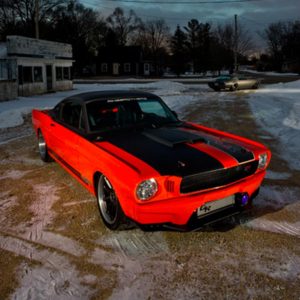 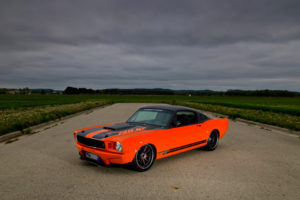 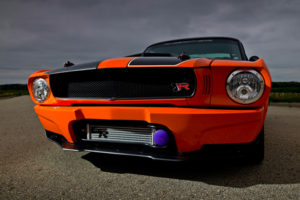 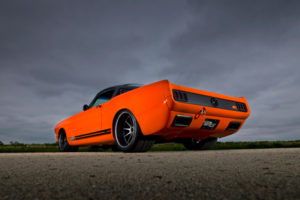 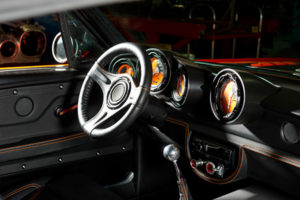 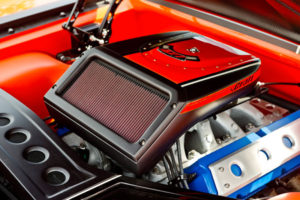 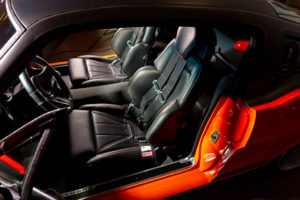 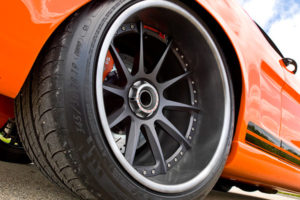 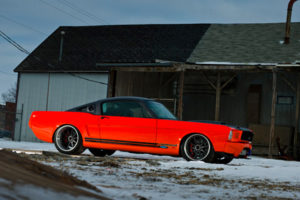