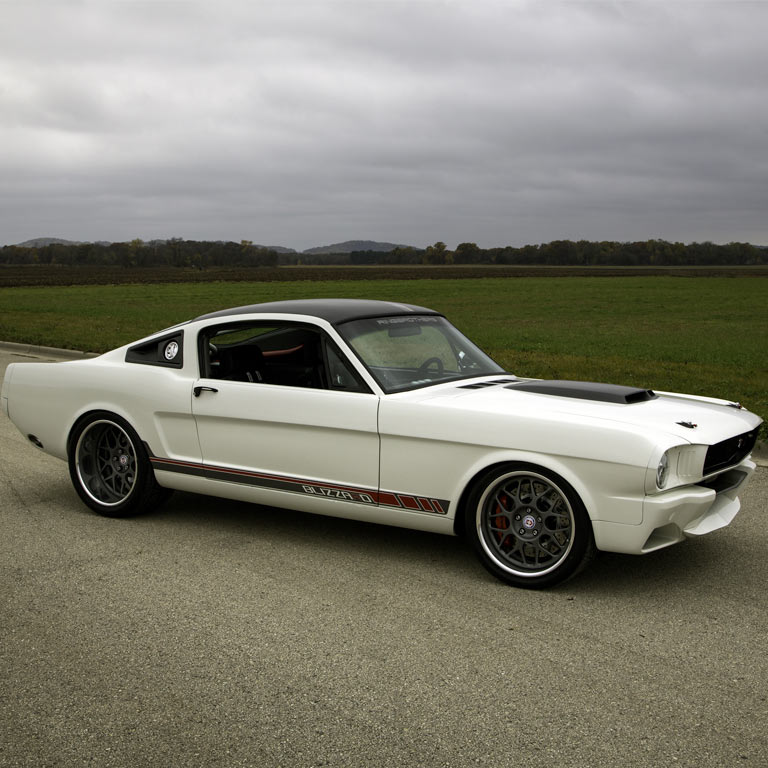 This is the kind of blizzard that you’d be happy to see coming towards you. It’s not just any winter storm though, it’s a 1965 Ford Mustang built by the talented Ringbrothers. They named it “Blizzard” for its radiant coat of BASF Glasurit Waterborne “Blizzard White” paint. It made its big debut at the 2013 SEMA Show where the team pulled off its sheet to reveal the snowy looking car in all of its glory.

Powering this fierce snow storm is a highly modified 351-based 427cid V8 NASCAR Sprint Cup style engine that was built by Wegner Motorsports. It creates 710 horsepower through the rear wheels which is controlled through a Bowler Performance built Tremec TKO 5-Speed manual transmission. Induction happens by a Holley carburetor and exhaust goes through Flowmaster mufflers. To help keep this blizzard cold, Ringbrothers implemented a Be Cool radiator and fan setup.

A set of HRE 560R forged wheels with Nitto Invo tires keep this car rolling smoothly while Baer six-piston calipers bring it easily to a halt. It has a DSE front coilover and rear Quadralink suspension with AFCO shocks and DSE sway bars for smooth handling. The interior was handled much by Upholstery Unlimited who made custom coverings for the Recaro seats. Also inside is an Apline stereo, speakers, and amplifiers. What a stunning vehicle, congratulations to Ringbrothers. 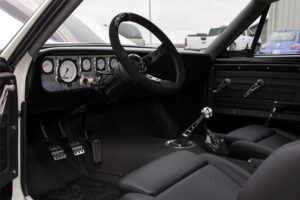 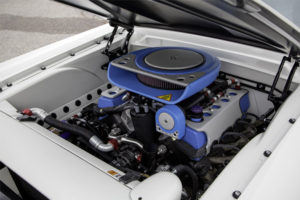 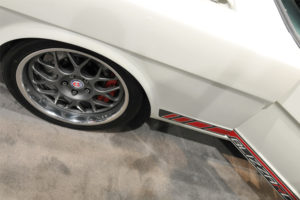 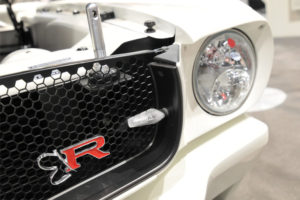 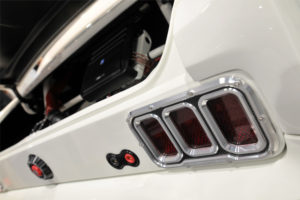 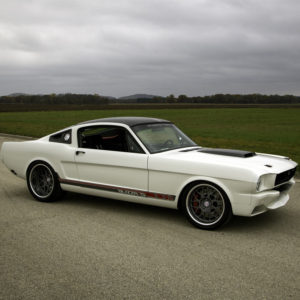 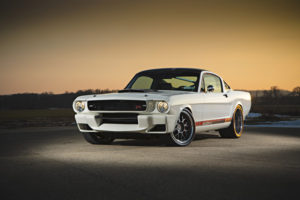 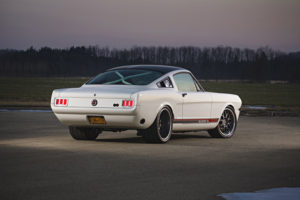 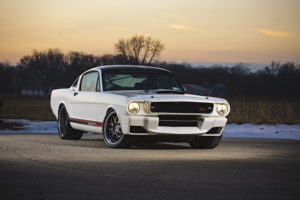