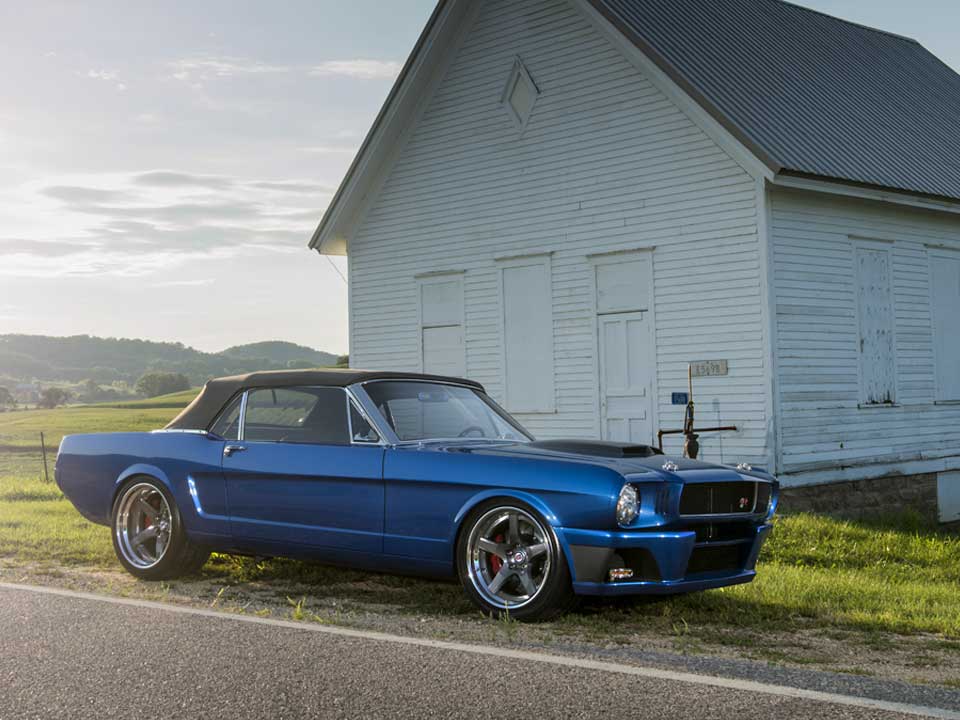 This one-of-a-kind 1965 Ford Mustang, nicknamed the “Ballistic,” debuted at the 2016 SEMA Show last year. The Ringbrothers have built many custom Mustangs in the past, but the Ballistic marks the first widebody convertible they have worked on. It was a great choice for the first car reveal they hosted in their booth at SEMA! While this car isn’t as flashy as some of the Ringbrothers’ other creations, it’s still quite a beautiful finished work. This convertible has a classic style and beauty that you can’t help but stop and look at.

This beautiful car is powered by a supercharged 5.8L V8 from a Shelby GT500 Mustang. It’s paired to a Tremec T-56 Magnum six-speed built right here at Bowler. The 1965 Ford Mustang also has a Centerforce clutch, QA1 carbon-fiber driveshaft, and nine-inch rear end from John’s Industries. It has HRE Performance wheels and Nitto INVO tires to help put down all its new torque. Finally, the Ringbrothers also braced the Mustang convertible’s entire chassis. The early Mustang tended to flex, and the 1965 Ford Mustang Ballistic needed some extra support to show off its new performance abilities. 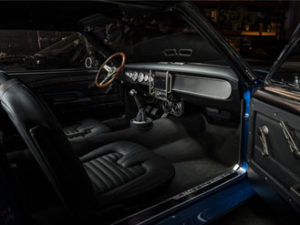 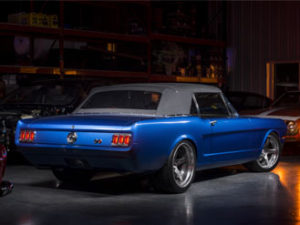 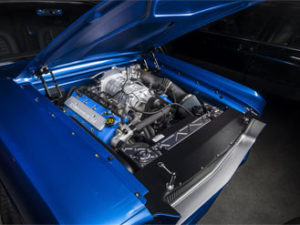 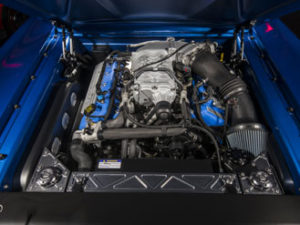 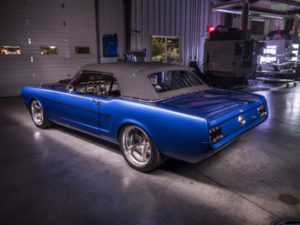