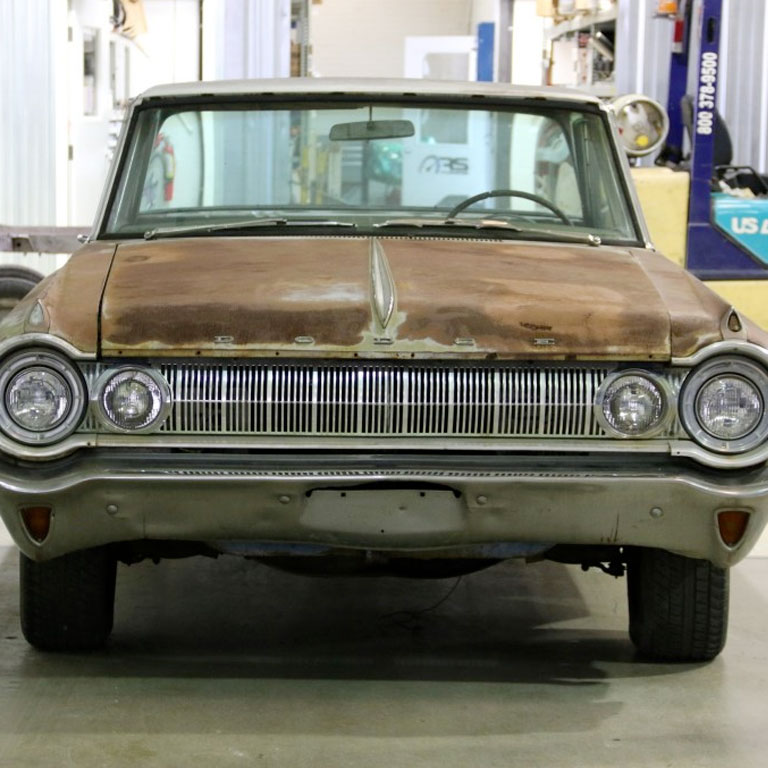 When owner Jesse James was a teenager, he was beat in a street race by a Dodge Polara. Where some of us in his shoes would drive away from that experience feeling annoyed and defeated, Jesse was instead inspired. So he spent 15 years collecting parts and waiting until he found the perfect 1964 Dodge Polara to restore, and he did. He worked with custom car builder Roadster Shop along with Honeywell Garrett to bring his Polara dreams to reality. Recently revealed at SEMA 2017, this car packs the punch to win many a street race.

Sitting on a custom Roadster Shop Fast Track Chassis, this Polara is powered by a 426ci Wegner Motorsports-built twin turbo Hemi engine connected to twin Honeywell Garrett GTX3582R turbochargers. Honeywell also provided an air-to-water intercooler and the radiator and heat exchanger are by Ron Davis. To handle all of the power, this 1964 Dodge Polara is equipped with a Tremec T-56 transmission from Bowler Transmissions.

At a quick first glance, you might think that this car is still waiting to be restored. But as soon as you notice the new 19″ Forgeline wheels and Nitto NT505R tires, you’ll want to take a closer look. This is exactly the way that owner Jesse James wanted it. In an interview, James tells PowerNationTV “I didn’t want something that was too nice, where I would be afraid to screw it up or scratch it.” So for the exterior, they kept a classic look. But as for the rest of the car, it’s been freshly modded up to drive fast and hard.

The interior has been stripped down and fitted with custom fiberglass seats, with an American flag pattern on the back, mounted to custom bead-rolled floors. Inside you’ll also find a custom trans tunnel, classic instrument gauges, and an overall super clean look. This beautifully crafted 1964 Dodge Polara is just itching to be driven. Maybe one day James will even use it to win a street race, providing inspiration to the future generation of car-enthusiasts. 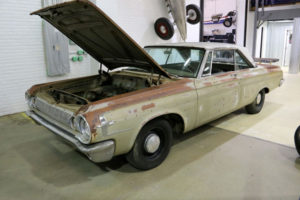 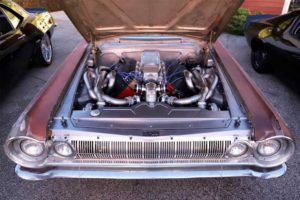 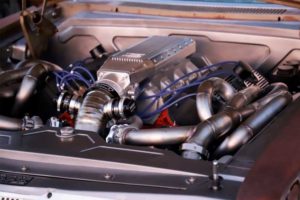 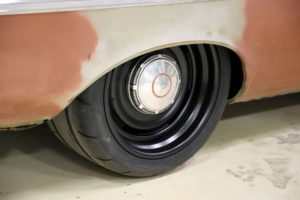 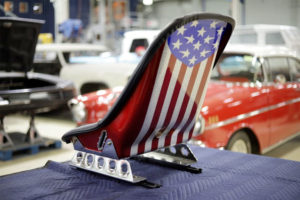 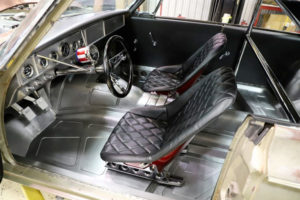 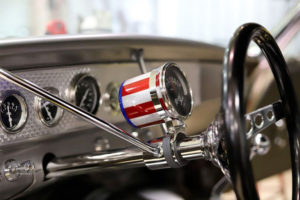 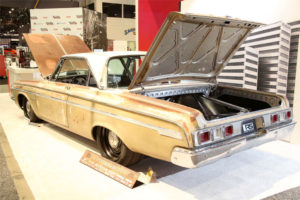 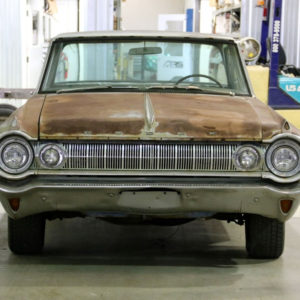