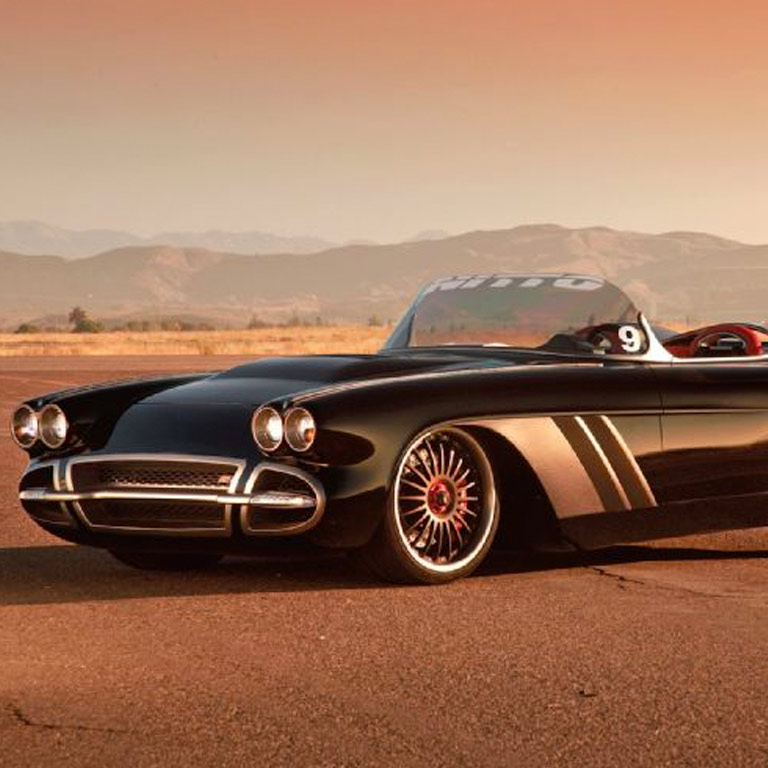 Take a look at this awesome 1962 Chevrolet Corvette, named “C1-RS” by Roadster Shop. When owner Barry Blomquist walked into Roadster Shop to pick up some parts for another car he was working on, he spied the ’62 Corvette sitting in the shop waiting to be given new life. It was love at first sight and Barry knew he wanted to add the first-gen Corvette to his collection. From there Barry sat down with Roadster shop and together they had big plans for a shiny 1962 Chevrolet Corvette with a new chassis, modern handling, and an LS-series drivetrain.

Over the following year, much time was spent on the car to get it to the finished result you can see in the photos. Every panel from the front to the rear received modifications or complete hand-fabricated replacements. To power the car, a LS7 crate engine built and tuned by Turn Key Engine Supply was implemented. The power goes through a 9-inch factory-built rear with Strange Engineering 31-spline axles and a Tru Track limited slip differential. The transmission is none other than a Bowler Performance Transmissions’ built Tremec T-56.

Wheels are custom three-piece aluminums from Forgeline and tires are Michelin Pilot Sport PS2’s. Bringing it all to a halt are Brembo brakes on 6-piston calipers on 14-inch rotors in the front and 13-inch in back. After being finished, this Corvette was awarded the Goodguys 2009 Street Machine of the Year award. Roadster Shop and owner Barry Blomquist really did a wonderful job on designing and building this awesome ride. 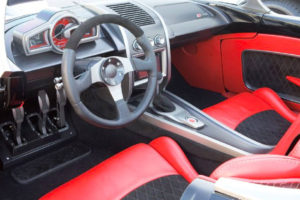 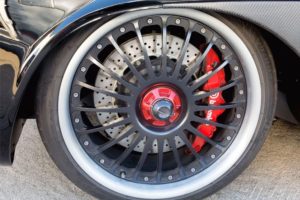 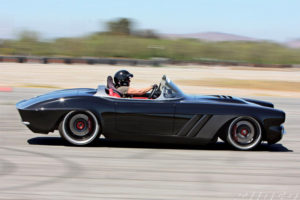 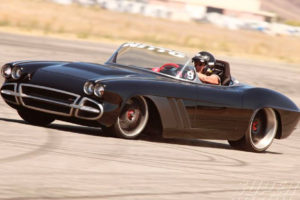 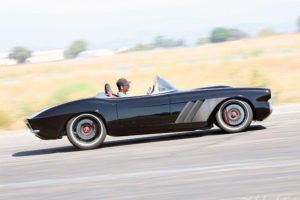 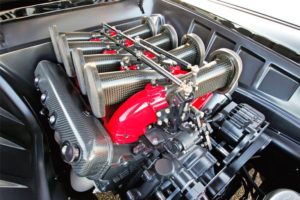 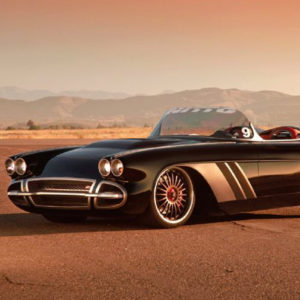