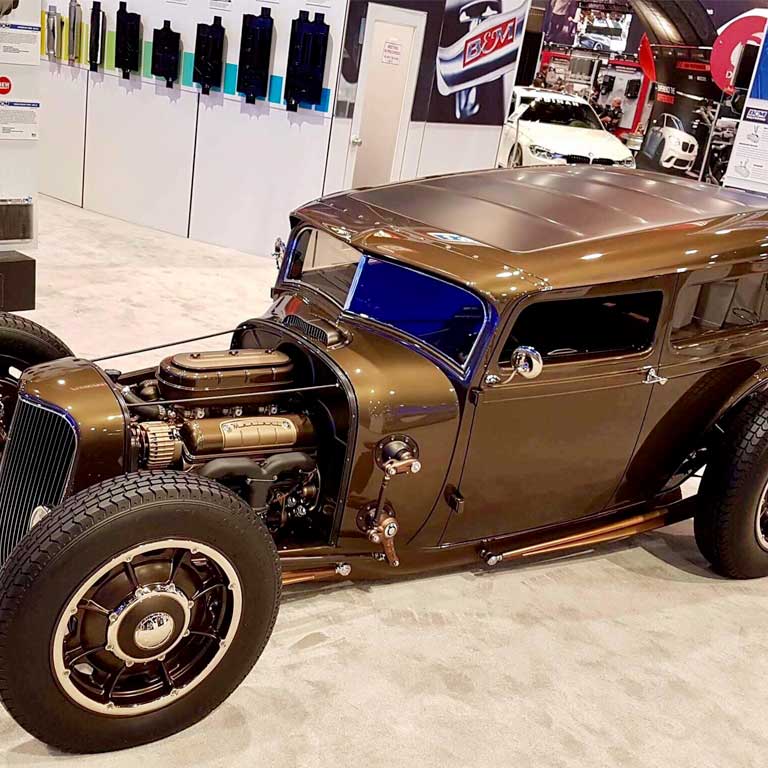 This impressive 1929 Ford Model A Tudor Sedan was built by Troy Trepanier and the team at Rad Rides by Troy for Mark and Dennis Mariani. Not only was it recently displayed at SEMA 2017, but it actually won the 2017 Battle of the Builders competition. The body and suspension of this bronze colored car were built almost completely from scratch. The grille alone is a combination from the ’32, ’35, and ’36, which is just one of the many aspects of this car that makes it truly worthy of winning.

The engine started with a Bob Panella Motorsports-prepped 377ci Dart/Chevy V-8. After being manipulated, machined and deburred at Rad Rides, the engine is truly in a class of its own. Between the 3.5 street-geared Halibrand rear end is a Legend 5-Speed Manual transmission from Bowler, which is mated to the small-block with a magnesium Quartermaster bellhousing. You can see some of the extensive sheetmetal handiwork in the removable and pattered floorboards, the custom pedal assembly and the underdash structure. The body rides on a 1932 Ford boxed-in frame with a custom crossmember with an internal torsion bar suspension.

The bronze colored paint, which was custom mixed by Rad Rides, really shines on the exterior and the same sepia color is featured inside as well. The interior was fully hand built and customized at Rad Rides. You can see the style and quality in the bowed Headliner, German Square weave carpet, hand-built seat frame and cushions, and hand tipped Italian leather. No detail was spared on this 1929 Ford Model A Sedan and it makes for another awesome build by the team at Rad Rides. 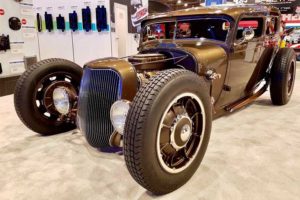 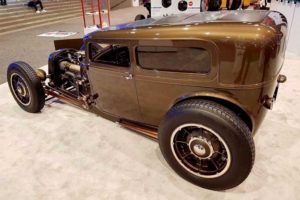 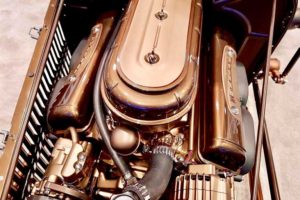 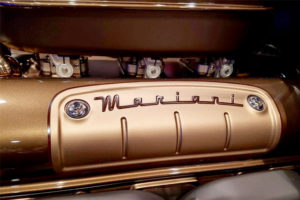 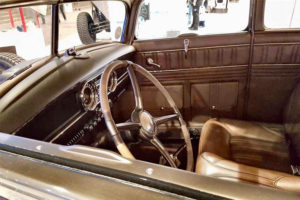 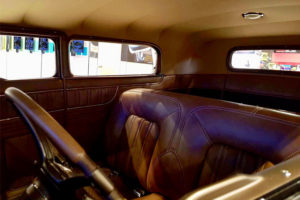 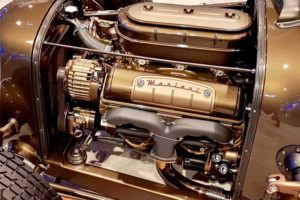 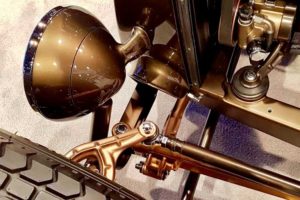